7 things you didn’t know about composing for film

In the past year alone the Melbourne-based artist composed the synth and live string score for multi award winning ABC documentary ‘Paper Trails’, which tells the truth about Alzheimer’s.

He also wrote the jazz-heavy music score for provocative experimental feature film ‘[CENSORED]’, about censorship and its relationship to the male gaze. [CENSORED] premiered at Sydney Film Fest before launching into an international film run and recently winning Best Documentary at the Chicago Film Festival.

He also recently wrote a downtempo electronic track called ‘Semi Spinning’, which he’s taking on tour next month around Victoria and the ACT.

In his op-ed below Munro Melano takes us through the 7 things you didn’t know about composing for film, and debunks a few misconceptions on the way.

Most filmmakers go into the edit knowing how they want their film to sound. They’ll think about music for years, and when cutting the film, will place these songs as temp tracks into the edit – often leaning on super famous songs and artists.

The temp track is a fling before the original composition comes along – but when directors get married to their temp track, the composer has the tricky job of trying to tear this union apart. Heartbreak for everyone.

I like it when I can work with the director from the beginning, pulling together playlists of music that I feel will fit with the director’s vision. But that I know I can deliver. Keep your director close so they don’t fall in love with another’s composition.

Sure, composers get and deserve their own title card in the credit, but more often than not, the director has had a large role in the music. If you want to end a scene on a high, but the director wants the scene to end on a low… it’s gonna end on a low.

As a composer you’ve got to leave your ego at the door, and be ready to dump your masterpiece in the bin if the director isn’t into it. Filmmaking is a team sport, and you’ve got listen to the team captain. With this said, the best directors trust you to do your job, and give you the freedom to experiment, explore, and make your own contribution to the film.

Watch: The trailer for ‘Paper Trails’

Musicians and film makers do not speak the same language – but they think they do. (This goes both ways!)

A director might say to me, “I like what you’ve done, but can you change this cue to be in a minor key?”, to which I might reply, “It already is in a minor key”.

What the director was were really trying to say was, “Can you make music this sadder?”. To which I would jump straight into trying a bunch of ideas, instead of being an unhelpful wise ass.

If you can get to the bottom of what each other are trying to say, the result is always better.

Many of the great film scores of the past draw heavily on the classical tradition: big melodies, complex harmony, and intricate orchestral arrangements. This relied on big budgets, live performers, and professional recording studios.

Nowadays there’s been a large shift to focusing on texture, ambiance, and building scenes through layering instruments.

I feel that this aural change has come about due to advances in technology. Even small home studios can now put out amazing results thanks to computing power, virtual instruments, and relatively cheap recording paths (interfaces, preamps, microphones etc.).

Recording in small studies has influenced what sounds are making it onto the screen, and the type of music is being made.

There is no right or wrong here, just different approaches. The great modern composers draw from all these approaches depending on the project. 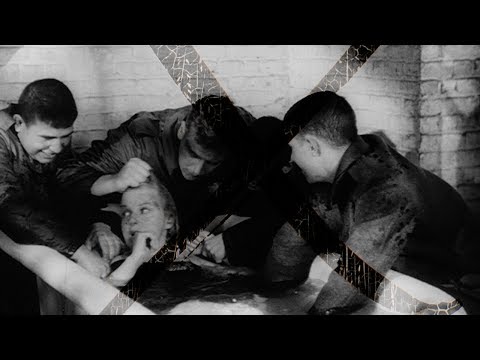 When I took on my first scoring job, I had absolutely no idea what I was doing.

With a very basic understanding that, “sometimes it’s good if the music lines up with what is on screen”, I managed to get through that job. Which led to the next job. And then the next one. With each project I picked up a few new skills along the way.

Years later, with a number of films under my belt, I still go into projects with a level of uncertainty – and this is what keeps the work exciting.

If I think a film needs a string quartet, but I don’t know how to write for a quartet, I’ll listen to string quartets and study scores. If I want a synth sound that I don’t understand how to make – I’ll experiment.

Uncertainty forces me to grow. I love bringing back these new found approaches into my solo singer-songwriter music.

When writing music for the screen, a director gives you your subject matter. They tell you how the music will work with that subject to make people feel, and how long that feeling will last. The image will guide you.

When you’re writing music as a stand-alone medium, it’s an open slate. You choose what to write about, and how you’re going to write about it. Ultimately your emotions will guide you.

Doing passion projects for upcoming film makers is great, so long as you’re going to match their passion and won’t complain about the lack of pay as the project grinds on months longer than anticipated.

With a film aimed purely at Film Festivals, composers may just negotiate a once-off fee – taking into account any session musos, studios, and engineers that need hiring (Did I mention that composers are accountants too?).

If it’s something for broadcast, you’ll be negotiating that upfront fee, plus having a chat with APRA AMCOS to fill in cue sheets for any future broadcast payments.

Whatever the project, it’s all about communication with the producer early in the piece.