8 things I learned over 10 years in Australian hip hop In 2011 Prime should have been the sweetheart of the Australian hip hop scene, but his career never reached its potential and now he’s considered the one that got away.

His LP Good Morning sparked praise from  Tone Deaf , which called him “the best lyricist no one knew about”. Now traveling the world as a sports journalist, Tom Engelhardt may have gracefully bowed out of the music industry, but that doesn’t mean we can’t learn from his journey.

In his opinion piece below Engelhardt outlines the eight things he learned over his decade-long career in Australian hip hop.

What do Seth Sentry, Briggs, Chillinit, Allday and Complete have in common? Their music persona is who they actually are. It is obvious, and it translates to their music.

We all know someone who rapped like Seth Sentry in 2013, impersonated Drake in 2016 and is now doing grime. These people never win.

If you go missing you’re wasting your time

A lot of the fans who’ll be buying tickets to shows in 2020 don’t exist yet, and even fewer will remember your five-track EP from five years ago.

An NBA prospect doesn’t get drafted, play one season then take a two-year break. Why do you think you can?

If you’re not able to consistently produce content, you need to adjust your expectations accordingly.

Your friends will not tell you what you need to hear

It’s easy to garner grassroots support from friends when you’re 19, but if you’re still relying on it at 25 you have a problem.

Your friends will encourage what you to do as well as they can, but they will find it very difficult to tell you the cold truths that you sometimes need.

Watch Prime’s video for ‘Restore My Faith’ below: 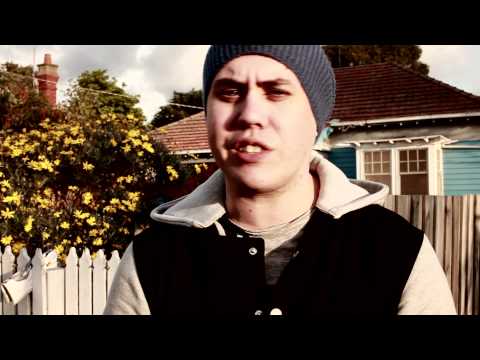 Being on a label won’t work if you don’t

Getting signed can be helpful in terms of visibility, connections and paying for stuff, but if you’re not delivering the music in an effective and, most importantly, timely fashion, you might as well be uploading to SoundCloud from your bedroom.

Your ambitions need to correspond with your product

The most efficient recipe for shattered dreams is holding out hope for a big break, but making music that has zero possibility of achieving one.

Think about the music you’re making and what it is actually geared towards. Is this a career or a tool for your social life?Both are fine, but your objective and your output need to be related.

When I first started anyone who knew how to network was derided as a “dick rider”. I even used to adhere to this theory, until I realised it was actually just normal interactions between adults.

Opportunities are often presented based on personal connections. So, instead of bemoaning your lack of a network, build one. Just like you can’t outrun a bad diet, you can’t out-rap all of your structural problems.

More than ever, image matters in Australian hip hop just like it always has in the music industry as a whole.

People are attracted to artists they see as a supercharged version of themselves, and very few people aspire to be overweight, poorly dressed homebodies.

Quitting does not = defeat

It is unbelievably common for an artist to reach their late 20s, realise the big break they’ve been chasing isn’t going to materialise, but continue to make music out of a sense of duty; or because their whole persona is tied up in being the guy who raps.

If you love making music and it brings you joy – never stop. If it is a grind that is taking you away from real life responsibilities and causing you to question your self-worth: there are better things in the world than opening up in front 32 people. Go live your life.

Tom Engelhardt was previously an Australian hip hop artist based out of Adelaide under the name Prime. Tone Deaf has called him “the best lyricist no one knew about”. He tweets over at @PrimeIsHere.