Justin Milne, the chairman of the Australian Broadcasting Corporation, reportedly tried to ensure that triple j’s Hottest 100 remained on its long-standing date of January 26th.

If you’ve not been keeping up with the news lately, there have been growing calls for ABC chairman Justin Milne to resign from his position. Following the sacking of managing director Michelle Guthrie on Monday, calls have been forthcoming for Milne to resign, amid allegations he has failed to keep the ABC independent from the Australian government.

Now, as Hack reports, sources have claimed that Justin Milne personally attempted to stop triple j from moving the date of the Hottest 100 last year.

Back in 2017, triple j held a poll to gauge whether or not listeners would be open to the idea of changing the date of their annual Hottest 100 poll. Held on January 26th for quite a number of years, the decision came about following calls to move the countdown away from Australia Day as a way of making it inclusive towards all Australians.

Understandably, this was a pretty controversial move for the 40% of people who weren’t in favour of the date moving. In fact, while other radio stations criticised this decision, even the Australian government voiced their concern.

Back in November, Communications Minister Mitch Fifield said he believed the date change was a “really bad” decision. “Sometimes, as a minister, you slap your forehead and say to yourself, ‘What were these guys thinking?’,” he explained. “This is just a really bad idea; it’s a dumb idea and Triple J should change their minds,” he concluded, before noting he’d ask the station to “think again”.

Today the NBN announced another delay in its disastrous rollout. But the Communications Minister is more worried about what day a radio station chooses to play some songs. Ladies and gentlemen, the Turnbull Government.

As Hack have revealed, sources have noted that ABC chairman Justin Milne was vehemently opposed to changing the date, and even placed pressure on triple j to back down from their decision, reportedly telling the board that “Malcolm [Turnbull] will go ballistic”.

Although then-Prime Minister Malcolm Turnbull did not make much of a statement in regards to the change, it was reportedly ousted managing director Michelle Guthrie that convinced the board to go ahead with changing the date.

As The Guardian also notes, Guthrie and Milne appeared to have had a rather contentious relationship in the past, with the two often holding opposing viewpoints.

Following a sketch on ABC’s Tonightly where host Tom Ballard referred to John Batman as a ‘cunt’, Milne furiously called for Tom Ballard to apologise, while Guthrie believed the internal complaints process of the ABC should be trusted.

As it turned out, Tom Ballard’s sketch on Tonightly was eventually cleared by the ABC and the Australian Communications and Media Authority.

triple j announced last year that the Hottest 100 will be held on the fourth of weekend in January. However, considering that this particular weekend in 2019 falls on January 26th, the station are yet to announce what their plans for 2019 are.

Check out the question of the Hottest 100 date being raised in parliament: 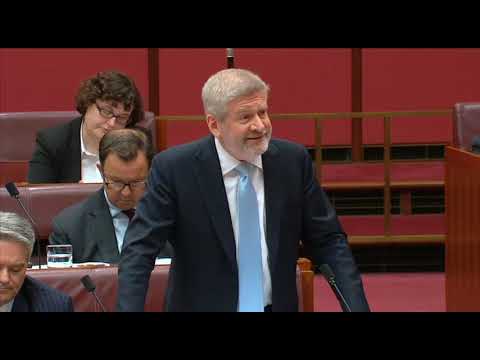