Alan Jones has been warned to be on his best behaviour, after the Chairman of Macquarie Media Limited revealed that any more controversies could see the famed broadcaster sacked from his position.

Late last week, Alan Jones’ reputation as one of the most controversial and outspoken figures on the Australian airwaves was confirmed after the veteran broadcaster made some comments about New Zealand Prime Minister Jacinda Ardern which were – to put it lightly – rather divisive.

After Ms Ardern had warned Australian Prime Minister Scott Morrison that Australia “will have to answer to the Pacific” on climate change, Jones took to the airwaves to note that Morrison should “shove a sock down [Ms Ardern’s] throat”.

The comments caused such widespread backlash that even former Australian Prime Minister Malcolm Turnbull hit back at Jones, labelling him a “appalling misogynist” who uses “disgraceful” language.

While Jones issued a statement clarifying he meant to say that Ms Ardern should “put a sock in it”, he also shared this statement with his listeners on Friday morning.

“This was wilful misinterpretation of what I said to obviously distract from the point that she was wrong about climate change and wrong about Australia’s contribution to carbon dioxide level,” Jones explained.

However, Alan Jones has been warned that any further incidents of this matter could result in his termination from 2GB, with Macquarie Media Chairman Russell Tate issuing his own statement over the weekend.

Noting that while Jones did apologise for his comments and noted that they were “careless, unnecessary and wrong”, and “should have been more clearly thought out”, Tate revealed that the broadcaster is now on his last strike.

“Notwithstanding his apologies, I have today discussed the matter with Alan and advised him that any recurrence of commentary of this nature will result in the termination of his contract,” Tate explained.

Check out a news broadcast covering the comments from Alan Jones: 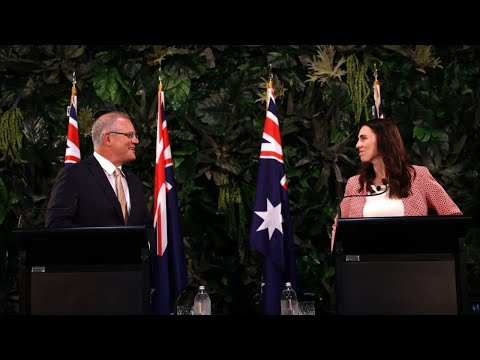