Album of the Week: Beck, Colors The word “pop” is as reductive as they come, so there’s no use talking about Beck’s new record Colours, out now, as though it is the sound of the sonic chameleon selling out to the mainstream, or giving in to pop conventions – although you can bet that’s what some critics will jump to call it.

Although sure, Colours is certainly the first record Beck’s made in some time that could go toe to toe on the bangers front with an album like his masterful studio debut, Odelay. Beck has repurposed the strings that hovered above his last record, Morning Phase, and deployed them for nothing less than all-out assault – they shriek through ‘Up All Night’ like hot knives sliding through cannabis-infused butter.

And that’s not even to get into lead single ‘Wow’, which mixes the millennial whoop and the Wilhelm scream into some scarcely believable, “how-is-this-as-good-as-it-is?” blend of electro pop prettiness and half-rapped nonsense (“Standing on the lawn doin’ jiu jitsu/Girl in a bikini with the Lamborghini shih tzu”). 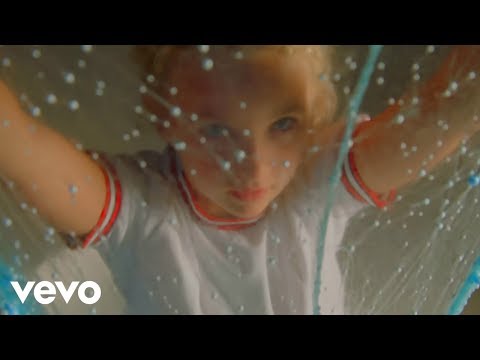 In fact, Colours is so hectic, and so giddy, and so downright contradictory, that you could call it almost whatever you like and probably still end up being right – but just don’t call it “pop”. It’s excellent stuff – maybe the man’s most accomplished record since Guero – and yet it transcends the boundaries of that weak, useless little word.