Off the back of TIO's announcement yesterday that BMG had signed local hip hop act Illy, the publishing giant has now inked Alison Wonderland to a worldwide publishing deal. Off the back of TIO‘s announcement yesterday that BMG had signed local hip hop act Illy, the publishing giant has now inked chart-topping Australian producer, DJ, writer and singer Alison Wonderland to a worldwide publishing deal.

TIO can exclusively reveal that Alison Wonderland – who made EDM history in 2017 by becoming the first solo female DJ to take the main stage at EDC Las Vegas – has joined BMG’s growing roster.

Having performed at the globe’s biggest festivals, such as Coachella, Lollapalooza and Splendour in the Grass, Alison Wonderland has matched her onstage success with her chart takeovers.

A year prior in 2017, Alison Wonderland was named New Artist of the Year at the Electronic Music Awards and was ranked #89 in DJ Mag’s Top 100 DJs list.

“We are honoured that Al has chosen BMG as her global publishing partner. Her rapid ascent to international festival headlining status is due in no small part to her undeniable strength as a songwriter. Equally well versed as a track producer or in a topline capacity, Al is an absolute dream for our global creative team and we are beyond excited to get moving with her new album”.

“Really excited to sign with BMG and see what opportunities we will create together. Super excited to write more music in the future”.

“We pride ourselves on working with career artists and Alison is the prime example. True dedication to the creative craft and delivering for her fans is exactly why we are truly proud to be working with Alison and her team”. 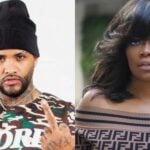