Amazon is swinging deeper into the concerts and content games.

The online entertainment retailer’s considerable empire already includes a ticketing unit in the U.K., and now plans to capture and stream a series of live gigs in that market exclusively for subscribers of its Amazon Prime service.

Amazon promises “major artists [and] intimate venues,” beginning with Blondie performing at Round Chapel in Hackney on May 23. Other Prime Live Events scheduled for the months ahead include Alison Moyet, Texas and Katie Melua with more shows to be announced in due course. The likes of Robbie Williams and John Legend have already performed under the Prime Live Events banner and more information can be found at the dedicated Amazon Prime website. 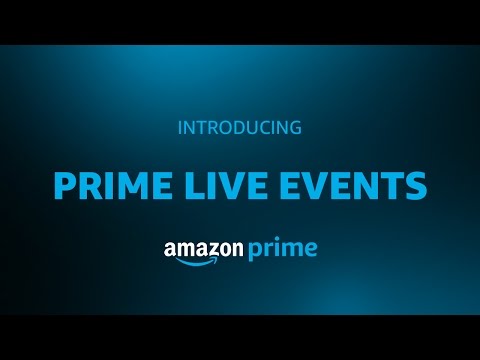 “We want to offer Prime members the best live entertainment experience they’ve ever had by giving them the chance to see their favourite artists perform up close and personal in iconic and intimate venues,” explains Geraldine Wilson, General Manager of Amazon Tickets, in a statement.

It’s not the first time the internet giant has played its hand at concerts. Just two years ago, the company started selling tickets for live shows and theatre performances through its new Amazon Tickets division in the U.K. and, earlier this year, the company hired music biz veteran Lawrence Peryer as its director of tickets in the U.S. ahead of its pending launch there. If indeed Amazon does become a player in ticketing in the U.S., it’ll go up against Live Nation’s Ticketmaster which recently posted its largest quarter in history and which sold more than 530 million (primary tickets) across its global network last year.

Entering the space of web streaming is an altogether different beast, which brings with it licensing complications up and down the foodchain. Clearly Amazon sees the value of concerts as a subscriptions driver.

Amazon is actively on the hunt for a distribution and fulfilment centre in Australia ahead of an expected launch here in the next five years, though it’s too early to say if concert, tickets and local feeds of Prime Live Events will be part of the mix.