"We need someone who has a strong character to stand up to the inevitable buffeting." Make no mistake, Brett Cottle will be a hard act to follow. The APRA AMCOS CEO has announced his departure from the organisation with effect from June 2018, drawing an end to his 27-year reign at the rights society.

Cottle, once honoured by the Queen for “services to the performing arts,” has served with the organisation since the late 1970s, initially as its first in-house counsel and, from 1990, as CEO of APRA (he brought both organisations together in 1997). During his time at the helm, royalty collections and distributions increased seven-fold and its 2017 financial results are expected to again reflect record sums.

Now the hunt is on to find the next captain of the APRA AMCOS ship and international recruiting firm Odgers Berndtson is charged with finding Cottle’s successor. The waters ahead for the industry won’t be calm.

Ian James, chair of AMCOS, APRA board member and Mushroom Music Publishing managing director, caught up with The Industry Observer to talk change, the future and some of the issues awaiting Cottle’s successor.

It’s an end of an era with Brett Cottle announcing his departure next year. What benefits will a leadership change bring? And who are the global stakeholders who will be watching on?

While you always hope that change brings improvement, in this instance I would settle for someone who is as robust as Brett and can keep the ship on the strong course he has charted. The International Confederation of Music Publishers, which is the world trade body for music publishing, recently held its board meeting in France. When I announced Brett’s resignation, Ralph Peer immediately moved that the ICMP and publishers around the world should acknowledge Brett’s outstanding career so far and formally wish him well.

What kind of workplace and Board culture will the new CEO steer, and what are you looking for in the new boss?

“Turn and face the strange changes.” – ‘Changes’ by David Bowie. There’s no predicting where things will go. We need someone who has a strong character to stand up to the inevitable buffeting and come through it with a positive attitude that transmits to the people around them.

What’s around the corner for the music industry and how has APRA/AMCOS set itself up for this future?

I’m hoping that this constant chatter about what tech companies are doing to either enhance or ruin our lives will die down. Like the show-offs at school, they’ve had more than enough time in the spotlight. I’d like the music to do the talking. If the writers and artists can be at the centre again, that would redress the balance. Let’s think about the great acts at Bluesfest in April and the smorgasbord of talent at Splendour In The Grass in July. Madness headlined Bluesfest so let me quote their first great single ‘One Step Beyond’– “Don’t watch that, watch this”.

AMCOS and APRA work very closely together so neither organisation has to face things alone. There is a common purpose. With a combined revenue of $375 million for the 2016-2017 financial year there is substantial financial muscle to back that up. The partnership with ARIA/PPCA on the One Music licensing scheme has been a success in New Zealand and will be launched in Australia next year, so the music copyright owners are moving closer together generally.

What role is the organisation currently playing in the Asia Pacific region and how will it play that role in the years to come?

The digital music services have launched in many Asian countries and wanted a neat and cost effective solution to their music licensing obligations. The local societies were not resourced to do that and the efficiency of their royalty negotiation, collection and distribution were doubtful. It was time to step in and provide Pan Asian Licensing before the problem became entrenched. I want to commend the negotiation skills of Richard Davison and Andrew Harris in getting the job done so far and to Andrew Jenkins at Universal Music Publishing and Ralph Peer of Peermusic for initially bringing their substantial catalogues to the table to get the ball rolling.

The issue of copyright in the Internet age won’t go away. What role does APRA AMCOS play in the shaping this discussion in Australia and New Zealand?

I wish it was a discussion. We make our submissions to government enquiries with well reasoned arguments put forward by Kim Williams of the Copyright Agency and APRA AMCOS in house counsel Kate Haddock. They are met by a Donald Trump style combination of misinformation about freedom of consumers, being mean to librarians and stunting the growth of innovative technology which just happens to be owned by companies based offshore. Lurking behind are some well-paid academics and economists who attempt to add a thin veneer of validity to the anti-copyright arguments. What a charmless bunch they all are. In the end you can only hope that the beauty of music is stronger that the lure of money.

How will the investment in new systems play a role in meeting the demands of a rapidly changing landscape?

It’s about the volume of the information. The number of songs increases exponentially as writers who would never have been likely to earn royalties in the past are now given access to a very low level of royalties. In conjunction with that are the newer services making that music available. We have to continue to invest to keep up but we should ensure that the writers who make a professional career from songwriting still receive decent royalties. It’s a complex and expensive balancing act.

Finally, is there anything to learn from the U.K.’s MCPS inviting third parties to handle some or all of the work licensing mechanical rights in songs it represents?

The MCPS and PRS both took a long hard look at the way they have operated and that is healthy. This vast pool of data is challenging even the systems of the established organisations. I wish them well in their new relationship and I’m sure that they will look to AMCOS for guidance in future. We’ve had that type of relationship running smoothly with APRA for many years.

For a confidential discussion about the role at APRA AMCOS, contact Julie Steiner, Managing Director, Odgers Berndtson on +612 8905 3711

Brett Cottle will be joined with Dan Rosen, CEO of ARIA, and Evelyn Richardson, CEO of Live Performance Australia, for the State of the Industry session of the Contemporary Music Roundtable. Lars Brandle will moderate the conference’s closing panel, which takes place August 3 at Customs House in Sydney. Visit MusicAustralia.org for more. 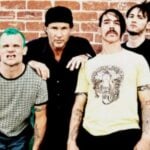