Held at the iconic Surfers Paradise beachfront, the third annual Awards follows Amy’s three nominations in 2016 for Artist of the Year, Song of the Year and Video of the Year.

While the sold-out Awards were hosted inside a VIP Marquee, more than 3,000 locals were treated to a free, outdoor concert.

Other winners included include dark electronic duo Tesla Coils who took out Breakout Artist of the Year; hip-hop duo, Lane Harry x Ike Campbell for Album of the Year (Youth); and heavy metal outfit, The Black Swamp for their video for ‘Common Crows’. The People’s Choice award was taken out by Being Jane Lane.

“If you’d told me three years ago that the Gold Coast music industry would have its very own sold-out event, on the beach in the middle of Surfers Paradise with thousands of people turning out to see local bands, I just wouldn’t have believed you,” said organiser, Samantha Morris.

ARTIST OF THE YEAR
(sponsored by Southport Sharks)

Beyond the success of Adore Amy has sold out a national tour and been added to the Splendour in the Grass line up. Amy’s win is the culmination of her exceptional work over an extended period of time, having been a finalist in 3 categories (Artist of the Year, Song of the Year and Video of the Year) at the 2016 GCMA’s. It’s been an incredible year for Amy and her success at the 2017 GCMA’s recognises the consistency of her work and her outstanding recent success.

Amy Shark has had a massive year. Her newly released EP, which is currently #1 on the Australian iTunes chart, features Amy Shark’s current single, ‘Weekends’, produced by Dann Hume (Matt Corby, Daniel Johns, Courtney Barnett) and 2x Platinum breakout track, ‘Adore’. The EP release follows on from the enormous success of the brooding, coming-of-age track, ‘Adore’,which has now officially surpassed 14 million streams on Spotify. ‘Adore’ placed #2 on triple j’s Hottest 100, peaked at #3 on the ARIA chart, #1 on the Australian iTunes chart, #1 on the Australian Shazam chart and #5 on the Australian Spotify chart. Amy Shark’s success doesn’t stop there. She has recently partnered with RCA records in the U.S. and appointed her worldwide booking agent team including: Marty Diamond (Ed Sheeran, Cold Play, Charli XCX) of Paradigm Talent Agency (USA), Rob Zifarelli (City and Colour, Vance Joy, Boy and Bear) of United Talent Agency (CAN) and Natasha Bent (CVRCHES, Foster the People) of Coda Agency (UK / Europe). 2017 is set to be a big year for Amy and will see her take her music across the globe. Amy Shark wrapped up her national sold-out Adore Tour earlier this month before heading to NZ for her first international sold-out headline show. Amy returns to Australia for Groovin’ The Moo dates later this month before heading back to the US for a string of shows across the country making her Gold Coast’s Artist of the Year.

Tesla Cøils defy so many odds stylistically, conceptually and artistically, yet have extended their dedicated fanbase to Brisbane in the past 12 months where they’ve gigged regularly, released their debut EP, performed at BIGSOUND and won the Hard Rock Rising competition. They’re one of the most memorable Gold Coast acts you’re likely to see.

Tesla Cøils is one of the most unique, innovative and hard working acts of Gold Coast. The Gold Coast has probably never seen an act defy so many odds stylistically, conceptually and artistically – not in recent decades, anyway. Jed Wolters and Chris Dennis are Gold Coast’s own purveyors of the weird, oddball and mystical. 2016 was an important breakthrough year for Tesla Cøils. They released their debut visual five-track EP Emergence of the Cosmic Monolith, performed at BIGSOUND and won the Hard Rock Rising competition. Both performing in other bands, the duo has successfully gathered a local following of like-minded fans in the Gold Coast and Brisbane area – not an easy feat especially in GC, which is renowned for its laid-back acoustic and pop-rock acts, and not its left-field experimental and dark musical genres. They’ve gigged regularly at Gold Coast venues, have just rolled out a successful national tour, and supported local acts like Aquila Young and Lane Harry x Ike Campbell. Tesla Cøils is recognisable as one of the Gold Coast’s most unique and eccentric live and recording acts.  Listen: teslacoilsmusic.com.

ALBUM OF THE YEAR
(sponsored by ALH)

The Album of the Year category saw judges divided over the shortlist but there was no argument over the merits of Youth by Lane Harry x Ike Campbell, an extraordinary record that was written, recorded and produced on the Gold Coast to world class standards.

Lane-Harry x Ike Campbell are proud Gold Coasters kicking ass for hip-hop across Australia. They have several music videos filmed at Gold Coast locations and are currently recognized as one of the biggest up and coming hip-hop duos in the country. Receiving press and bringing a spotlight to the Gold Coast hip-hop scene. Youth was produced by Guy Cooper and Ike Campbell at Serotonin Productions and released for free by Human Records. The concept was to create something that had an international sound, but a Gold Coast and Australian youth focus. It incorporates guest Gold Coast vocalisits including Aquila Young, Sophia Koop, Eliza Pickard and Lily Papas and was written by Ike Campbell & Lane-Harry in an unassuming Palm Beach bedroom and produced, recorded, mixed and mastered in Ashmore. The album was launched to US audiences in July 2016 through several radio stations and online hip-hop blogs, securing the boys the Seth Sentry support in Australia, followed by Ivan Ooze, Remi, Allday and huge US act Tech9. The album was launched to Australian audiences in late 2016 and has received high praise from Australian rapper 360, naming Gold Coast and Lane x Ike an act to look out for. Listen: soundcloud.com/humanrecords/sets/lane-harry-x-ike-campbell-youth

SONG OF THE YEAR
(sponsored by NightQuarter)

Historically no other song by a Gold Coast based artist has ever received such national and international acclaim and for one very good reason – it’s brilliant! #2 on JJJ’s Hottest 100. Shortlisted for APRA Song of the Year. Winner of Qld Song of the Year. Over 10 million streams.There was no other choice.

VIDEO OF THE YEAR
(sponsored by QT Gold Coast)

A budget of $300 and two-person crew didn’t stop heavy metal outfit, The Black Swamp, from taking out the Video of the Year for track, Common Crows, in fact it enhanced their creativity, delivering a production aesthetic that was highly effective for such a dystopian heavy metal song. 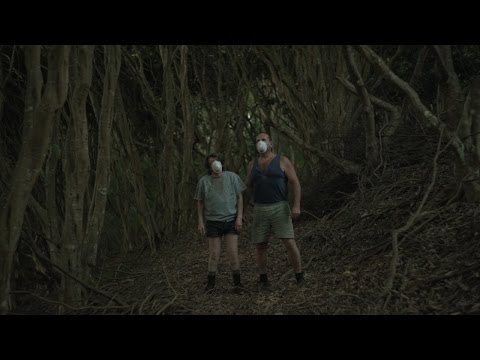 Over the last couple of years, Being Jane Lane have been working as hard as they can to make a name for themselves. Their high energy shows have always drawn a crowd and leave the audience wanting more. Amongst countless shows, they have supported some local legends such as Flangipanis and Jesswar, and were lucky enough to open for American touring bands Red Jumpsuit Apparatus and Hawthorne Heights (2014), as well as recently getting the opportunity to support The Bennies.

EVENT OF THE YEAR
(sponsored by TAFE Queensland Gold Coast)

Injecting $20 million into the local economy with 17 outdoor stages and venues, over 70 acts and a record-breaking crowd in excess of 166,000 attendees, Blues on Broadbeach caters to a wide-ranging demographic with a combination of big name draw cards to cutting edge contemporary blues acts and more than a quarter of the line up featuring local acts.

Blues on Broadbeach Music Festival held in May each year is fast becoming one of Australia’s most iconic and largest free music festivals. In 2016, the event delivered 17 outdoor stages and venues, and showcased over 70 acts consisting of more than 200 performers. Blues on Broadbeach is a live music experience like no other, taking over the streets, parks, cafes, bars and restaurants of Broadbeach. With attendees flying in from right across the country and increasingly overseas, the festival attracts a wide variety of demographics, from families attending during the day with little ones (often their first live music experience), to groups of friends who make a holiday out of it. The event showcases a mix of home-grown local talent as well as Australian and International. The 2016 Blues on Broadbeach Music Festival was a record breaker with 166, 231 attendees and 30% of people from interstate and 63% travelling from outside the Gold Coast. It is estimated that the event injects more than $20 million into the local economy. In 2016 the event programmed over 25% local acts to appear at the nationally recognised event. Phil Barlow and the Wolf, Felicity Lawless, Mitch King, Mason Rack, Blues Corp, Peter McFarlane and the Sidewinders, Black Rabbit George, Mescalito Blues, Brad Palmer, Adam Hole Band, The James Street Preachers, Jason Delphin, Devils Kiosk, Juzzie Smith, The Waves, Frazer Goodman and Ross Williams all got the opportunity to showcase their music to a national fan base here for the event. Organisers also work with Griffith University and local schools to present Schoolyard Blues annually.

VENUE OF THE YEAR
(sponsored by Oztix)

elsewhere has long been a crucial Gold Coast boutique venue giving both untried local artists a platform to play on, while featuring many of the finest Australian and international artists. Aside from championing local acts, elsewhere has led the charge to have live venue laws relaxed to ensure a thriving Gold Coast music scene that supports local artists.

elsewhere strive to give local artists pivotal exposure alongside some of the best from Australia and the world. Live shows at this venue act as a platform to empower  emerging and established talent, providing the professional support necessary to strive for world-class performance standards. With close attention to sound and lighting production, the result is a sea of unforgettable performances, both from the artists’ perspective, and the audience. For the customer, few venues offer the intimacy to feel with performing artists like they do at elsewhere. It’s an environment, where artists feed off the crowd’s energy, and vice versa.