There’s a common misconception about Andy King, the man who was willing to give a blow job in exchange for the release of Fyre Festival's Evian water supply. In mid-January 2019, Andy King was seated at the Netflix premiere of Fyre: The Greatest Party That Never Happened in New York City. He did not have an account on any social media platform. He didn’t know what a meme was (he pronounced it me-me at the time). But what he did know, was the exact imprint he wanted to leave on the world.

There’s a common misconception about Andy King, the man who was willing to give a Customs Official a blow job in exchange for the release of four 18-wheeler trucks filled with Fyre Festival’s Evian water supply.

Granted, King decidedly leans in to the comical edge where he now sits after going viral: “He [Fyre’s convicted felon Billy McFarland] didn’t say go find nine vaginas and sleep with them. One dick I can handle,” he quipped at BIGSOUND earlier this month.

But Andy King is not a businessman who endeavoured to turn a dick-sucking promise into a personal platform after he went viral. Andy King knew his surreal revelations would give him a platform, and prior to taking part in the documentary had a clause written in to his contract to help pay the Bahamian workforce.

“The only reason I agreed to the Netflix documentary was to use it as a vehicle to pay back everybody in the Bahamas,” he said.

Andy King is seated in the restaurant of the Ovolo Hotel in Brisbane’s Valley. It’s his first time in Australia and his sister has travelled with him – his partner is back home on his farm in upstate New York with their dog, Thor.

“First, I need to pay back everyone in the Bahamas,” he says sincerely. “That’s not my responsibility. I didn’t make any of those big decisions. But, I’m keeping my word.”

The destruction that Fyre Festival caused did not discriminate. Many who paid US$1200 for their tickets have not been refunded, however some received refunds through disputing charges with their banks or credit card companies. The influencers who were paid upwards of US$200,000 for one Instagram post are now being targeted in court.

The US-based organisers of the festival are either rebuilding their careers or capitalising on the fall-out of the greatest festival that never was. Ja Rule is even promising a Fyre Fest 2.0 despite the colossal flop of the first edition.

Crucially though, back in the Bahamas, over 13,000 homes were destroyed, two islands were desolated, and the entire workforce on the island were left out of pocket.

One chef, Maryann Rolle, was forced to give up US$50,000 from her life savings to pay back the fellow Bahamians and employees she tapped to prepare 1000 meals per day for each of the six scheduled festival dates.

The verified GoFundMe page set up to help Rolle and the workers has now raised over $232,000 of a $250,000 target. This wouldn’t have happened so quickly without King insisting Netflix link to that page. In fact, Andy King is the only Fyre Fest organiser consistently sending money back to those were bamboozled in the Bahamas.

“From where I’m standing right now, I’m not monetising most of the stuff for myself,” says King. “I’m monetising it to try to direct positive change and to make sure everyone in the Bahamas is paid back.”

It should be noted that while Hulu’s Fyre Fest documentary aired first, it did not feature Andy King. The streaming provider wouldn’t agree to King’s terms of including information about the GoFundMe page. The Hulu doco did however, feature Fyre Festival founder Billy McFarland. He accepted US$150,000 for taking part.

“Billy went right behind my back, as usual,” he later told a packed room at BIGSOUND.

McFarland, who King believes is “definitely a sociopath”, was sentenced to six-years in jail for defrauding investors and ticket holders for Fyre Festival as well as selling US$100,000 worth of fake tickets to events like the Met Gala. He’s currently serving time at Otisville FCI, the same prison housing former Trump attorney and convicted felon Michael Cohen.

There are rumours McFarland will soon be let out of jail, and the general consensus of that possibility is a knowing shrug. He hadn’t even locked in the island as the festival venue six weeks out from show day, there were no bathrooms or plumbing pipes on the island; there wasn’t even enough housing on the island for the staff, who he placed on a cruise ship nearby.

McFarland had an innate ability to make people feel like the house could withstand Armageddon while the walls were burning around them.

It’s easy to forget, McFarland’s fiasco was intended as a branding exercise for his black platinum credit card, and that King was a board member of that business and had hosted 40 events for him previously.

“He has the ability to pull people in. He raised $26 million for the festival [from sponsors],” says King. “[…] Billy had no touch with reality.”

The Netflix documentary, which made its debut on January 18, was viewed in more than 50 million homes in the first three months of airing. Overnight Andy King went from a behind-the-scenes events business veteran with a hay farm to a walking, living meme.

Is this Koala the cutest thing you have ever seen?!??Loving my time down under at the BIGSOUND Music Festival 2019?? #australiazoo #animalconservation

Between the witty references to the time he was really going to take one for the team (“I could help save this festival, no one would have to know”), and the final nail in the festival’s coffin when his suggestion to give drunk punters a sandwich while gourmet meals were prepared went viral (“I will never eat a cheese sandwich again”), Andy King makes it clear he’s on a mission.

Fact: Andy King has over 30 years experience in the events business, including the running of his own zero-waste events company, Inward Point.

Fact: Inward Point was inspired after a climate march he organised featuring Beyoncè resulted in the streets being left littered with thousands of plastic bottles.

Fact: King’s company Inward Point recently hosted an event for Leonardo DiCaprio that was 99.9% zero-waste. It raised over US$9 million for climate change causes.

As opportunities and partnerships roll in fast and thick (including a podcast and a reality TV series about his life) the environment is always front and centre for Andy King. Pepsi approached King to host a Half Time party for the Super Bowl but he declined because “their messaging sucks”.

King’s goal is to make the world of zero-waste not only appealing to younger generations, but cool. King speaks of how his company is able to host events like the fundraiser to DiCaprio’s Foundation, where even human waste is reused.

And somehow, in a way only King can, he makes it cool.

“We partner with as many compost facilities as possible as far as bathroom facilities are concerned. Obviously that waste gets composted. We partner with sorters… There’s an amazing woman out in California named Green Mary, kind of like Queen Mary, who is a professional sorter,” he smiles.

“She does amazing work. She sets up these stations at all these large events where, oh, coat hangers that are left on site, they’ll get donated to local dry-cleaners. Oh, coffee cups that are paper, are repurposed, recycled, or reclaimed.”

“[…] Any of the plastic cups that we do utilise are predominately compostable and will turn in to dirt after thirty days. [They’re] made from corn products, et cetera.”

Once you get King talking about his zero-waste initiatives – like the farmers he hires to feed Hollywood’s elite at prominent hotels in Beverly Hills to serve ingredients solely raised on their nearby land – you almost forget he’s a walking meme.

For a person who even now shies away from too much social media (he only has an Instagram account @realandyking), the Fyre Fest debacle and the aftermath was a harrowing experience for King.

After a four-hour wait in the forest on Great Exuma island for a plane sent by his lawyer, to being followed by the FBI for four days after, to not receiving a single dollar for his work, King is now stopped at every airport, restaurant, shoe store (you get the message) by pointing fingers, phone cameras, and whispers of, ‘There’s that guy!’. He has completely lost his anonymity.

King is well aware of the trade-off. Fyre Festival was intended to be one of the last projects he would take on before he entered retirement. Now, at 59-years-old, as he navigates the public eye, he understands the importance of his new platform. And unlike Ja Rule and Billy McFarland, he isn’t using it for personal gain.

“It’s a lot of responsibility, you know,” he admits. “But I’m ready for it, and I’m handling it every day.” 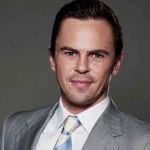