Music-loving MP Anthony Albanese is the latest, and most high-profile, person to throw his support behind a campaign for the ABC to purchase the rights to Radio Birdman’s latest documentary.

Last year, it was announced that a new career-spanning documentary about Sydney punk legends Radio Birdman was in the works. Dubbed Descent Into The Maelstrom, the documentary eventually premiered last year, with the band noting that it had “been called the greatest Australian music documentary ever made” even before its release. 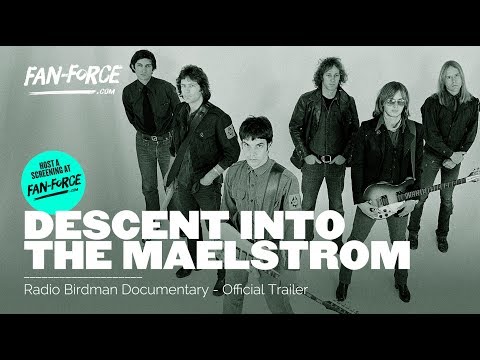 While the film is set to be sold on DVD at the group’s upcoming Aussie tour, the band noted last month that the ABC have turned down all offers to acquire the film and screen it to what is undoubtedly an eager audience.

“Considering the highly relevant content of the film, from the perspective of Australian music history, ABC was the obvious choice of channel,” Radio Birdman wrote. “Despite being given a deeply discounted rate, and after several months of silence, the elite leadership at the taxpayer-funded ABC are refusing to show the film, now or at any time in the future.”

“The band is disappointed but not really surprised. We have been familiar with this sort of attitude from the establishment since the 1970’s.”

The documentary’s maker, Jonathon Sequeira, also joined in by expressing his disappointment about the ABC’s decision. “Regardless of my involvement, it is a tragedy that the ABC will not be broadcasting the largely unknown story of the most important band in Australia’s music history,” he explained. “I consider that to be letting down the Australian public, and a failure of the ABC to follow its charter.”

While the band implored their disappointed fans to campaign the ABC in an attempt to get them to reconsider their decision, it appears that Radio Birdman now have a political ally on their side.

As The Music reports, Labor MP (and 2017 Record Store Day Ambassador) Anthony Albanese took to Facebook over the weekend to throw his support behind Radio Birdman, sharing an image of a letter he was sending to the ABC.

“I write to you regarding the ABC’s recent decision not to acquire the broadcasting rights to Jonathon Sequeira’s documentary Descent Into The Maelstrom – The Radio Birdman Story, about iconic Australian punk band Radio Birdman,” the letter begins

“The creation of the band by Deniz Tek and Rob Younger in Sydney in 1974 cemented the foundation of Australian punk rock – laid by Chris Bailey and Ed Kuepper of The Saints the same year.”

“Through the cunning use of archival and present day footage spliced together, Jonathan Sequeira has managed to capture the band’s journey and outlaw reputation on film — a journey that was integral to the development of the independent music scene in Australia.”

“I implore the ABC to reconsider acquiring the rights to the film and for it to be broadcasted to the Australian public free-to-air.”

While the ABC are yet to make any formal response in regards to both Radio Birdman and Anthony Albanese’s calls for the documentary to be purchased, we can only hope that the broadcaster decides to obtain the doco’s rights so that a whole new generation of Aussie music fans can be educated and inspired by some of this country’s finest musicians.