The Fortitude Music Hall’s extended housewarming party is shaping as a ruckus.

British metalcore outfit Architects are the first band announced to play Brisbane’s newest music venue, on Aug. 8, 2019, as part of their Holy Hell tour of Australia.

The five-piece, which has landed three top 40 albums in their homeland, won‘t christen the venue, but they take the prize as the first confirmed performer.

The announcement comes left than a month after Fortitude Music Hall tapped Century Venues veteran Mark Gibbons as its inaugural head of bookings. “We’re as excited as hell to have Architects be one of the first acts to scorch the stage of Fortitude Music Hall,” says Gibbons in a statement. “The venue is going to be open to an incredibly diverse array of programming. Already we’re in talks with some of Australia & the world’s largest touring acts, as well as comedy, children’s shows and some very cool surprises.”

Australia is one of Architects’ biggest markets. The act’s eighth and most recent album Holy Hell, splashed in at No. 8 on the ARIA Albums Chart last November, two years on from All Our Gods Have Abandoned Us, which opened at No. 2. Holy Hell was their first release without founding member and main songwriter Tom Searle, who passed away in August 2016 following a battle with cancer.

The Fortitude Music Hall, a joint venture with Secret Sounds, Live Nation and the Triffid team, should fill a void in Brisbane which, until now, has had a dearth of venues at this scale since Festival Hall was demolished in 2003.

The new site in Brunswick Street, the heart of Brisbane’s Fortitude Valley, will max-out as a 3,300-capacity music or event space, with flexible flooring and seating for 1,200 and 2,000. Also, its upstairs bar will cater to about 300.

Venue director John “JC” Collins, former bass player with Powderfinger, recently told TIO the project was tracking along for a mid-July opening, and at least 25 bands were already pencilled in.

“If you go and play in Sydney, Melbourne or across the world there are beautiful old theatres you can play in. There’s the Olympia in Dublin, or the Apollo in London. Just these beautiful theatres and we just don’t have any. The idea is to create that sort of feeling,” Collins explains. 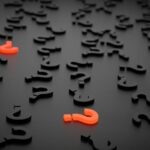