The 26-year-old singer’s debut album has had quite the stellar first week, with the record achieving No. 4 on the Australian Albums Chart.

Meanwhile, the record, released through Ivy League, came in at No. 25 on the all-genres encompassing Albums Chart.

Lil Nas X has continued his winning streak this week, with his 7 EP coming in hot at No. 5 on the Albums Chart.

Mark Ronson’s Late Night Feelings has debuted on the Albums Chart this week at No. 7, which comes after the success of lead single ‘Nothing Break Likes A Heart [with Miley Cyrus]’.

In more Lil Nas X news, hit track ‘Old Town Road’ has kept the pole position on the Singles Chart, for its tenth week – blocking Shawn Mendes’ ‘Señorita’ from a No. 1 debut. Another Lil Nas X track, ‘Panini’, has entered at No. 17 in this week’s Singles Chart.

Ali Gatie’s ‘It’s You’ has debuted at No. 24 on the Singles Chart, being the only other Top 50 debut this week.

Billie Eilish’s ‘Lovely’, featuring Khalid, has re-entered at No. 45.

Jimmy Barnes’ My Criminal Record has stayed atop the Australian Albums chart this week, with this week being its fourth week in the charts.

The Wiggles’ Party Time! has debuted at No. 6 on the Australian Albums chart, being the only debut on this chart this week.

Vance Joy’s Nation Of Two has re-entered the Australian Albums Chart at No. 18.

Tones And I [real name Toni Watson] has just entered her 15th week in the Australian Singles Chart, coming in at No. 1 once again for ‘Johnny Run Away’, with her other single ‘Dance Monkey’ coming in hot at No. 4 this week.

Jessica Mauboy’s ‘Little Things’ had a strong first week, debuting at No. 12.

On the vinyl chart this week, Midnight Oil have had a stunning debut for their live album: Armistice Day: Live At The Domain, Sydney – which has ranked at No. 1.

Hatchie and Keepsake have continued their domination, in vinyl too, with the new record scoring fourth place on the Vinyl Chart.

Other strong debuts this week include The Saboteurs’ Help Us Stranger [No. 7], Atom’s In Every Dream Home [No. 8] and Bill Callahan’s Shepherd in a Sheepskin Vest. 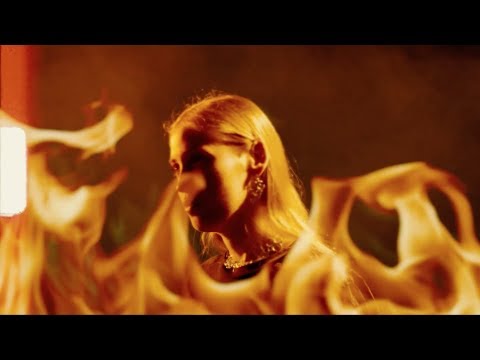