Dope Lemon has capped off a huge few weeks with a massive Splendour set, as well as some great first-week ARIA Chart results.

The Sydney act released his newest record Smooth Big Cat, and with that release comes incredible debut results. The 10-track album has placed at No. 1 on the Australian Albums Chart. Meanwhile, on the Albums Chart, Dope Lemon has placed in at No. 2, only defeated by UK singer Ed Sheeran, whose No. 6 Collaborations Project has placed at No. 1.

Sheeran’s newest record has absolutely blitzed the charts this week, with 11 tracks from it placing in the top 50 of the Singles Chart. Meaning, he currently makes up 22%, or, more than one third of that chart.

Similarly, Thelma Plum’s latest full-length effort Better In Blak has had a very strong first week, debuting at No. 2 on the Australian Albums Chart, and No. 4 on the Albums Chart, just one place behind Billie Eilish.

The strongest debut this week was none other than the UK’s favourite pop singer-songwriter – Ed Sheeran. Nothing could stop Sheeran, whose No. 6 Collaborations Project full-length record placed at No. 1 on the Albums Chart. Notably, his last two albums, ÷ [pronounced “divide”] and × [pronounced “multiply”] both placed this week too. The first placed at No. 8, while the latter placed at No. 36.

As mentioned above, Dope Lemon’s Smooth Big Cat was the strongest in the Australia contingent, placing at No. 2, while Thelma Plum’s Better in Blak placed at No. 4.

Other debuts this week include Allday’s Starry Night Over The Phone, which placed at No. 7, The Lion King [soundtrack album] placing at No. 10, Banks’ III which scored a No. 25 debut, and Blake O’Connor’s Everything I Feel, which came in at No. 31.

As proven yet again this week, nothing can possibly get in the way of Lil Nas X’s ‘Old Town Road’ craze. The hit single by the American rapper copped him another No. 1 Singles Chart placement.

Unfortunately, this means no other artists have had any Singles Chart debuts this week.

Dope Lemon and Thelma Plum have had strong weeks on the ARIA Charts, as has Australia’s most-loved rapper Allday.

Lemon-head Dope Lemon has placed at No. 1 with Smooth Big Cat, while Plum’s Better in Blak, and Allday’s Starry Night Over The Phone have placed at No. 2 and No. 3, respectively.

The only other Australian Albums Chart debut this week came from Blake O’Connor, in the form of a No. 8 placement for Everything I Feel.

Matt Corby and Tash Sultana’s ultimate collaboration ‘Talk It Out’ weaved it’s way into the Australian Singles Chart, placing at No. 20 – an exciting first-week placement for the Aussie indie favourites. That track was the only debut for this week.

Tones And I’s ‘Dance Monkey’ has bumped up to No. 1, knocking Guy Sebastian’s ‘Choir’ off its No. 1 throne.

Dope Lemon has continued his winning week on the Vinyl Albums Chart, with Smooth Big Cat scoring a No. 1 debut. Ed Sheeran’s No. 6 Collaborations has placed at No. 2, followed by DMA’s’ MTV Unplugged (Live in Melbourne) scoring a No. 3, closely followed by Thelma Plum’s Better in Blak.

Watch the video for ‘Salt & Pepper’ by Dope Lemon: 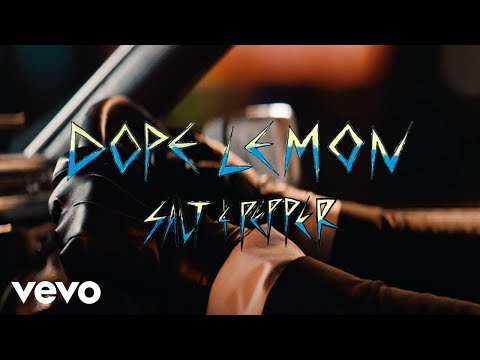