The 2019 ARIA Awards are fast approaching, so best take a seat, log on and take a trip back in time.

With this year’s ceremony scheduled to take place Nov. 27 at Sydney’s The Star, ARIA has opened its vault on the memorable moments and misfits in years past.

From today, the labels body is unleashing the first of many classic ARIAs clips on YouTube, which TIO shares below.

A snapshot from the 1993 gala, shown exclusively here, features many familiar faces and some lairy fashion.

There’s an ageless host Richard Wilkins, Hunters & Collectors in flight and a triumphant Diesel and Wendy Matthews at the podium, Hall of Famer Molly Meldrum taking glory, the team from the ‘Late Show’ and a piece-to-camera from the late, great cricketer and broadcaster Richie Benaud. 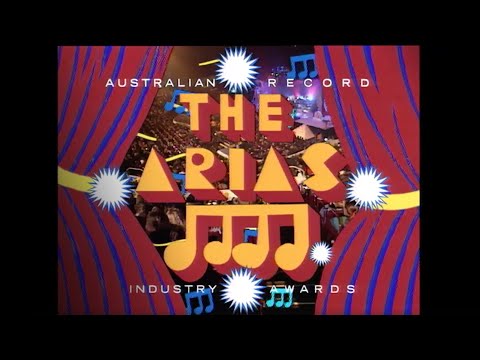 Over the next two months, hundreds of videos are expected to go live at the official ARIA YouTube channel and through the YouTube Music app.

“Working with our partners, clients and the industry to help them innovate, grow and succeed is a key priority for Google Australia,” comments Mel Silva, VP & Managing Director of Google Australia and New Zealand in a statement announcing the new partnership.

In another clip, YouTube crunches down the 1992 event in two minutes. Spot the fresh-faced lads from Crowded House, Tommy Emmanuel, Baby Animals and Mushroom Group founder Michael Gudinski among the winners, performers and presenters.

The alliance, Silva explains, underscores a “common goal between our organisations — to support and spotlight the Australian music industry and amazing local artists.”

YouTube is playing a key role with ARIA this year. For the first time, the ARIA Awards will be streamed live to the world on the streaming mega-platform, while YouTube Music will support ARIA and its flagship awards ceremony with a raft of activities leading up to the big day, which include public voting, ARIA Nominations, ARIA Week, the 33rd annual ARIA Awards.

Also new this time, YouTube Music will present the silverware for the public-voted Best Video and Song of the Year categories, details for which are yet to be announced.

Denis Handlin ARIA Chairman and Chairman and CEO of Sony Music Entertainment Australia and New Zealand and President, Asia joined ARIA CEO in welcoming its influential partner on board.

“It has been another very special and significant year of Australian music and we are looking forward to celebrating the brilliant talent over the last twelve months,” comments Handlin. “We are delighted to have YouTube joining us to help take the ARIA Awards to a new level this year.”