Have you ever used a white noise machine to help yourself get to sleep? Well, you might want to watch out, because if we’re to believe some recent copyright claims against an Aussie musician, you could be breaching copyright by doing that simple task.

As the BBC notes, Adelaide-based musician Dr Sebastian Tomczak has recently been hit by five seperate copyright claims over a ten-hour video he uploaded to YouTube back in 2015. The problem? Well, the video consists of nothing but white noise.

“I ‘created’ and uploaded the video in question,” the Adelaide University lecturer explained to Torrent Freak. “The video was created by generating a noise waveform of 10 hours length using the freeware software Audacity and the built-in noise generator. The resulting 10-hour audio file was then imported into ScreenFlow, where the text was added and then rendered as one 10-hour video file.”

How did this happen? Well, YouTube has a thing called Content ID, which folks can use to find out if their works are used in other videos on the site. Basically, an algorithm looks over uploads to the site, trying to match the sounds of other videos to the sounds in the user’s videos. If there’s a match, there will be an automatic copyright claim put to the infringing user, who can then choose to remove their work, or dispute the claim.

In the case of Sebastian Tomczak, five seperate users, including those who have uploaded videos of white noise for the sake of sleep therapy, seem to have used YouTube’s Content ID system, and because of the fact that white noise is pretty similar sounding, the technology has detected a match between the works.

As the BBC notes, the users who have made these claims against Dr Tomczak aren’t requesting the removal of his video, rather they’re seeking any of the revenue he has made from the video.

“I will be disputing these claims,” Dr Tomczak told the BBC. “I am intrigued and perplexed that YouTube’s automated content ID system will pattern-match white noise with multiple claims.”

“If I were making substantial money from YouTube content, such a broken system may prove to be unusable.”

Of course, this isn’t the first time such a thing has happened. Back in 2010, composer Mike Batt was hit by a copyright claim after he jokingly used a section of John Cage’s ‘4’33″‘ in a composition. While that would usually be fair game for this sort of claim, it’s worth noting that John Cage’s composition is actually complete silence, intended to be a musical piece made up of the ambient noise the listener hears whilst ‘appreciating’ Cage’s track. 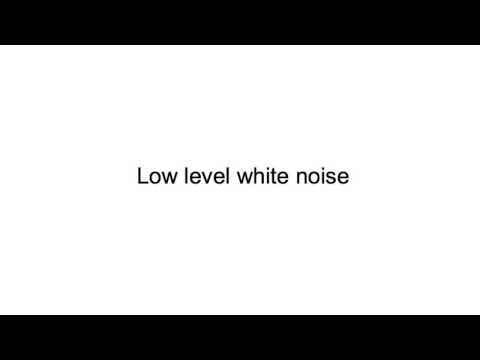