We’ve got close to two months before the second annual Australian Women in Music Awards kick off, but already, this year is shaping up to a big one.

Back in June, the Australian Women in Music Awards opened up nominations for its second year, aiming to acknowledge and celebrate the achievements of producers, engineers, film makers, photographers, songwriters, industry leaders, artist managers, and more.

Now, with just under two months to go until things truly kick off for this year, the 2019 event had begun to reveal its exciting program details ahead of its Awards Ceremony and Concert at the Brisbane Powerhouse this October.

Meanwhile, this year will be emceed by Yumi Stynes and Alethea Beetson, while attendees will also witness performances from the likes of Cheryl Barker, Tamara Anna Cislowska, Clare Bowditch, Melinda Schneider, NGAIIRE, and more.

It all culminates with a highly-anticipated finale performance that features Katie Noonan, Zoe Hauptman and Jess Green joining the legendary Renée Geyer on stage. 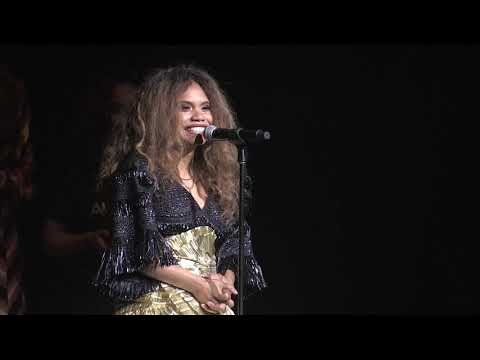 This year will also see noted broadcaster, musician, writer, teacher, philanthropist and trans man Eddie Ayres serving as the 2019 Keynote Speaker, building upon the wave of support for change embraced at the inaugural event last year.

“Our 2019 keynote speaker, Eddie Ayres, is part of a hopeful vision for the future of women and diverse people in positions of power and creative control,” explains Vicki Gordon, AWMA Founding Executive Director.

“Because we are at a crossroads of dynamic possibilities for inclusivity, AWMA’s vision is to lead with generosity, to insist that our society benefits when musicians and those who work with them are empowered from a diversity of places, cultures and identities.”

In addition to all of this, ticket-holders will also have access to the stunning lineup for the Career Development Speed Networking session.

Presented by AWMA & APRA AMCOS, participants will have the opportunity to meet music practitioners from across the music industry, including the likes of ABC Brisbane’s Rhianna Patrick, and musicians such as L-FRESH The Lion, Kween G, Jhindu Lawrie, Sue Ray, Jeremy Neale, Regurgitator’s Ben Ely and more.

For all the details about this year’s forums, along with ticketing information, be sure to head along to the Australian Women In Music Awards website.