Before his two massive wins from the NT Song of the Year awards, musician and dancer Baker Boy burst onto the scene with ‘Cloud9’, a passionate introduction to his music as he rapped in his native Yolngu Matha language.

Following the national uptake of ‘Cloud9’ at radio, media pitched Baker Boy to fans as “Australia’s first Aboriginal artist to rap in an Indigenous language.”

The epithet, picked up by numerous publications, is untrue.

Following a push back from the industry, including APRA AMCOS, Baker Boy has decided to set the record straight.

As initially told to media, Baker Boy aka Danzal Baker is the first Aboriginal artist to rap in his language Yolngu Matha with a track received by the mainstream: ‘Cloud9’ was added to full rotation on triple j and went on to see him win the triple j Unearthed NIMAs competition.

In a statement sent to TIO, Baker Boy said:

“I am very sorry if that’s the impression I made because there’s no way I’m the first, I first heard it from my big cousins and brothers who have been rapping in Yolngu since I was little, so that’s the first time I heard it. But I also know a lot of people rap in language.

“I’m just happy ‘Cloud9’ got out there and I’m happy to own that too while I pay my respects to other musicians who did so before me.”

Chryss Carr, Baker Boy’s manager and founder of AUM Creative PR + MGMT, said that while the initial statement to media stipulated the truth, the statement was later “whittled down”.

“Initially we made a statement to media pointing out the fact he was the first to impact the mainstream rapping in Yolgnu Matha,” said Carr. “As a consequence of the media brouhaha generated by the song’s popularity this statement got whittled down to him saying he was the ‘first to rap in Language’.

“We all know that’s not true but these things happen and are out of our control, hence the reason Danzal would like to make a statement clarifying his position,” Carr added. “He has a deep connection and appreciation to his culture and his people and wouldn’t want to do anything to upset them. He’s a really humble guy actually. The fact is, he is not the first, but he is the first to rap in his language Yolngu Matha and to have made it into the mainstream – with full rotation on triple j for example – and coverage on mainstream TV.”

Baker Boy is set to perform at Brisbane music conference BIGSOUND next month. The rising star will perform on the triple j Unearthed stage at Oh Hello on Wednesday September 9, and at Red Bull Sound Select Music Academy on Sunday September 3.

Watch the clip for ‘Cloud9’ below: 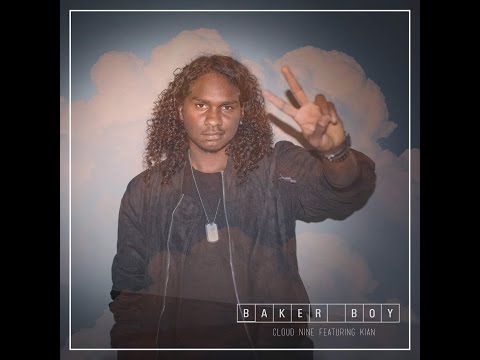