Ben & Liam return to the airwaves with secret Adelaide show At the end of October, triple j listeners were given the devastating news that after years at the helm of the Breakfast show, presenters Ben Harvey and Liam Stapleton would be hanging up their headphones, only to pick them up again in Adelaide in 2020.

Departing the station for a gig on Adelaide’s Nova 919, the pair described the gig as “something we’ve wanted to do ever since we started in radio”, and noted that they were excited to see what the future holds.

“Working at triple j has been an incredible opportunity that we will never forget,” Harvey added. “Hopefully in 20 years people will still be abusing the current hosts telling them they miss the good ol’ days. Or maybe they just said that to us?”

However, with their official debut set to take place on the Adelaide airwaves on Monday, January 6th, the pair decided to test out their swipe cards a little early, hitting up the station for a secret show on Saturday.

“Our first official show in 2020 here at Nova was supposed to be on Monday morning, Jan 6th, but we decided to do a secret show,” Harvey said of the impromptu gig.

“Contractually, we don’t start until the 6th, so this is technically breaking and entering,” joked Stapleton, before Harvey countered by noting that Nova “giving us the swipe card is saying ‘you’re allowed to come and go as you please’.”

Speaking to Radio Today, Liam Stapleton noted that while the show was a surprise for Nova’s listeners, it also served as something of a “practice run” for the duo.

“After two months off you’ve gotta get back to basics,” he explained. “Make sure you remember to turn your mic on, don’t say [email protected]$! you know, that type of thing.”

In a recent press release, the pair’s eagerness to make their debut seemed quite apparent.

“We’ve had two months off and I’d love to say we were doing something cool too like skiing in the French alps or cage fighting in Brazil unfortunately, we’ve just been couch potatoes at each other’s houses,” they explained.

“We’ll thank ourselves in a few months though. We’re just resting up for a massive 2020. The team at Nova are so passionate and motivated and we can’t wait to wake up with Adelaide and get back to what we know and love, radio.”

For those who weren’t lucky enough to hear Ben & Liam’s debut show on Nova this weekend, you can tune in from 6am to 10am weekdays on Nova 919 in Adelaide to hear them (officially) embark upon the next chapter of their careers. 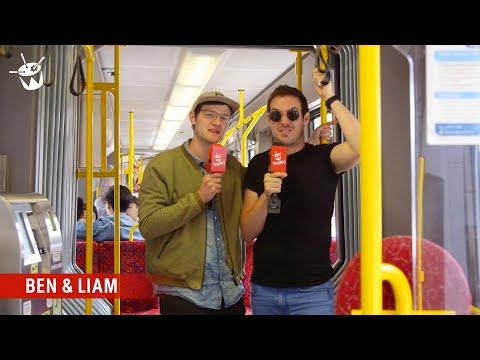