Bigsound 2018 is just around the corner. Here’s the TIO checklist That old joke about visiting Brisbane, and how you’ll need to set your watch back 20 years… it was lame at the time. Don’t even bother with it now. Brisbane is a dynamic, modern city with a lot going on and, of course, cracking weather. Plus, bands. So many bands.

Brisbane is the birthplace of The Saints and The Go-Betweens, Powderfinger, Violent Soho, Savage Garden and The Veronicas.

Keith Urban and The Bee Gees spent their formative years in and around the Queensland capital (a shrine to the Brothers Gibb, Bee Gees Way, is in Redcliffe, 40km north of the CBD).

AEG Ogden, the company which operates Sydney’s Qudos Bank Arena, Perth Arena, Suncorp Stadium and more, is based in Brisbane. And the country’s biggest annual music conference and showcase event, Bigsound, is Brisbane’s very own.

If you’re making the pilgrimage to the Sept. 4-7 Bigsound, your plate will be full. The daytime conference this year is again expected to sell out, with numbers at around 1,500, about 10% up on last year. The capacity for the evening live programme has also expanded with a string of new venues entering the mix.

TIO’s Lars Brandle is a Bigsound veteran, who this year notches up his tenth appearance. Do the math, that’s a month of Bigsound. Here are five key points to mull over before you check in.

Bigsound is a dickhead-free zone.

It’s been well reported that, yes, Brisbane has its fair shre of dickeads. Too many to mention in this report (a comprehensive study can be found here). Bigsound, however, is a dickhead-free zone.

Part of what makes Bigsound so successful is the absence of wankery. Guests from up and down the foodchain will make themselves available for a chat or to knuckle-down for business. Alan McGee didn’t read the memo.

Back in 2011, the Creation Records founder and former Biff Bam Pow band man sat for a keynote with the late music journalist Iain Shedden. McGee didn’t hold back and gave guests more than they bargained for. But it was his apparent frostiness away from the stage that disappointed guests and delegates.

During his Friday morning on-stage grilling, Michael Chugg had this to say: “He basically came to hangout with his Pommie comedian mate for a week and as part of that trip he gave us an hour of his time very boringly. My attitude is, if you don’t come out here to give, fuck off. If you’re going to use a trip to Bigsound, or SXSW, for ulterior motives, you shouldn’t be here.”

McGee, who has just launched a new label, Creation23, hasn’t been invited back. Not yet. If your ego won’t fit in the overhead luggage, leave it at the office.

Get to work, stat.

If you work in music — or aspire to — and you’re committed to attending one conference this year, don’t let Bigsound wash over you. Organise your essential meetings, now. The work you get done at Bigsound will set you up for 2019. Those non-essential meetings will happen in the halls of the Judith Wright Centre (or just outside) and in any number of cafes and food halls on Brunswick Street. Make your own luck and don’t be shy. If you want to meet Dave Grohl’s mom, don’t keep it a secret.

Again, with everyone buying into the no-dickhead rule, on-the-fly meetings are the essence of Bigsound. Those must-do meetings, don’t leave them to chance.

Bigsound 2017 was ground zero in what turned out to be a nuclear topic: content quotas at commercial radio. Tina Arena put it out there during her keynote, demanding radio do better. 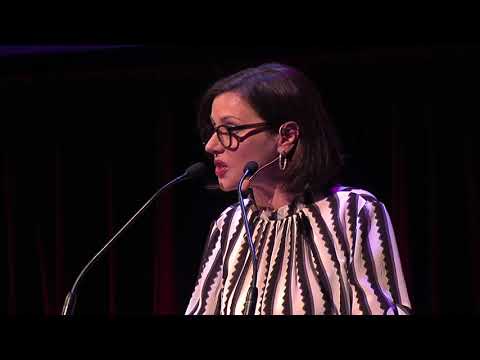 Behind closed doors, the Air-Con gathering poured over airplay data. And a panel filled in the blanks for those who didn’t score an invite. The industry listened and, in March of this year, APRA AMCOS, ARIA and CRA announced they’d would work together to determine if non-compliance was the problem many say it is.

The triumvirate continue to meet, and study the numbers, on a monthly basis. And because of this, it’s unlikely the issue of content quotas will fill the minds and notebooks of Bigsound’s visitors. An invite-only APRA breakfast on Sept. 6 will offer a glimpse at the society’s roadmap for the year ahead, from the state of play for Australian songwriters and composers, international, education, gender parity priorities and more.

At a conference level, Bigsound’s braintrust is steering a theme of community, on how we interact at a human level. Executive programmer Maggie Collins and her team have built into the programme a thread on inclusivity, on how indigenous people are treated, and those battling mental health issues.

Study hard, be ruthless with your time.

Every good festival has a lineup clash. Bigsound is no different. Study the form guide, be prepared to bail if the talking shop isn’t meeting your needs.

Bigsound insiders who spoke with TIO are buzzed about the Thursday afternoon session, “What would the current music industry look like if it was invented by first nations people?” Another hot tip is the “mothers of all strength in music” session, facilitated by Bossy Music boss Claire Collins, also on Thursday afternoon. Earlier in the day, bad behaviour and the “science of change” will come under the microscope, and get in early Wednesday for the “managing mental health” workshop.

The daytime lineup is a hive of practical tips for doing business, from tech, to advice on visas, the secondary market, accounting and more. Panel watchers: swot up, and be ruthless with your time.

Brisbane’s Fortitude Valley is busy, noisy and stuffed with distractions. Bigsound 2008 guest speaker Seymour Stein nearly got wiped out by a car just meters from the Judith Wright Centre, so watch out for that too.

The Bigsound braintrust is onto a good thing with the conference HQ, which sits close to the Valley’s heart, Brunswick Street Mall. The walk from Judith Wright to Ann Street is well stocked with refuelling stations.

Reverends Fine Coffee is a popular spot, Ltd Espresso is part of the Bigsound woodwork. Some local traders offer special deals for delegates. If you find yourself at the corner of Brunswick and Wickham, you’ve gone too far. If in doubt, follow the lanyards.