Bluesfest is the #1 festival in Australia according to Pollstar It’s been a good year for Bluesfest already. After already winning silver at the Australian Tourism Awards in March and a massively successful 2018 festival, Pollstar has placed Bluesfest as the #1 festival in Australia. The global media bible also places them as the #14 worldwide company in their Top 100 Midyear Worldwide Concert Grosses.

On the news, BluesFest Director Peter Noble says “This news has blown me away!” Continuing “To then be listed as the #1 Australian festival makes me feel proud of the team that make Bluesfest happen.”

The 2018 edition of Bluesfest was an absolute cracker by all reports, with over 101,000 attendees there to enjoy the event. Performers included Robert Plant and the Sensational Space Shifters, Lionel Richie, Ms. Lauryn Hill, John Butler Trio, Tash Sultana and heaps more amazing artists.

Kesha was originally slated to appear at the event but had to postpone her tour after a knee injury. The decision to book her was met with backlash similar to when Kendrick Lamar was booked for 2016.

Next year will be the 30th anniversary of Bluesfest and nearly half the tickets have already been sold. The first lineup announcement is coming very soon apparently and it’s going to be massive. The 2019 festival will take place over the Easter long-weekend (Thursday 18th April to Monday 22nd of April 2019) at Tyagarah Tea Tree Farm. You can purchase tickets and get all the info on the Bluesfest website.

On the new accolades, Peter Noble was quick to acknowledge the support Bluesfest has from their customers. “It is a testament to not just the artists we book who come and produce so many memorable performances, and not just to the team of 600 plus who work tirelessly… …it is testament also to our loyal customers who purchase the tickets, spread the word and return year on year.” 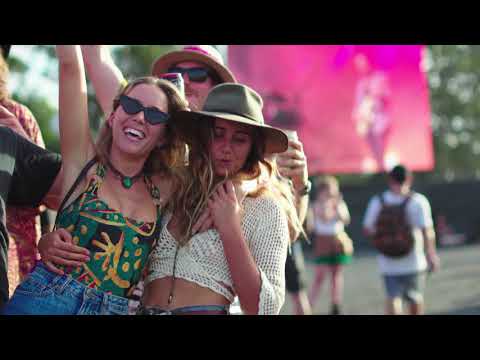