Here’s all the music industry news you need to know today. Artists have reported to DMN that their Pandora revenue has dropped drastically – via... Bob Geldof and a former bandmate with the Boomtown Rats are taking their battle over royalties from the song I Don’t Like Mondays to the High Court. – via The Times

Since the release of Keith Urban’s RIPCORD a year ago (May 6, 2016), it has spent the entire time in the Top 30 of the ARIA Albums chart

UK Music has welcomed the election of six new ‘metro mayors’ as an important opportunity to boost the music scene in each of their regions. – via RotD 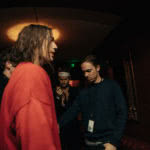