Brendan Maclean: “I’ve seen managers threatening to out other managers” Below is our Q&A with Brendan Maclean, a celebrated, ARIA-nominated pop artist and actor (The Great Gatsby, Fucking Adelaide) from Sydney.

There was a time where artists would have stayed quiet in the political field, that time has well and truly passed. For me politics is often a driving force in my music making, not lyrically speaking, but in the sense that by continuing my career and succeeding as a queer artist I offer some kind of hope to younger queers who feel helpless or unheard. The natural extension of that is putting your money, time and efforts where your mouth is when the political and cultural shit hits the fan.

The past few weeks have been like a constant migraine. I’ll never forget this feeling of living under a government who allowed so much hate to fester, that purposely split the nation to save the asses of a few politicians. May this plebiscite end soon so we can get on with the important things, like me marrying the Sydney Harbour Bridge. Also, I can’t afford to play anymore free Yes Campaign shows.

My own experiences being queer in the Australia music industry are mixed. I’m quite camp so perhaps that threatens some men? I suppose it’s why my agents and producers are all women or queers now. Well, my agent at Harbour is straight, but that makes him the minority on the Maclean train. Shout out to Jeremy Sharp!

Reflecting on the industry itself, it’s hard to say what sexuality means: I’ve seen managers threatening to out other managers, been ignored and welcomed by radio of both the straight or gay variety, I’ve been assaulted by a gay music agent and put on my favourite tours by a straight one. It’s all a blur of variables, I’m just glad to be in the ‘music’ part of the music industry.

Watch Brendan Maclean’s clip for ‘Free To Love’ below 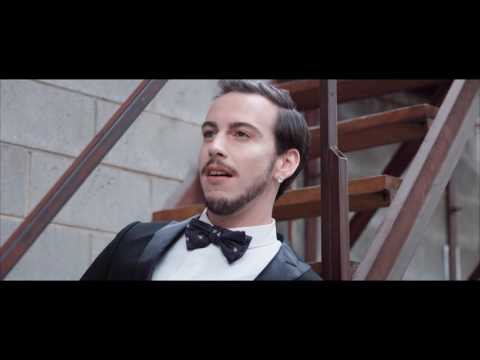 I hope that they succeed and exist without needing to wear the crown of, “Out Gay Musician,” for five years like I had too. Be open, but try not to let interviewers eat up your time by talking solely about politics when the real content is your music; this might seem odd to say since this very article is about queer politics (check out my new EP: Solo on iTunes now) but I just got an envelope in my mail box which forced me to beg for my own equality so cut me some slack!

Be there for your audience, be there for other queer artists, support each other and build a community. And when you do that gig with only a few glittery faces in the crowd, or release a single that doesn’t get any radio play or whatever, just remember when any minority artist releases a song or performs live they offer more than just a nice song or a good gig, they offer visibility to their fans and audience and that’s always worth fighting for.