The industry tells us their favourite APRA Awards moment Ahead of the 36th APRA Music Awards next week (April 10) TIO gathered a few of the industry’s most precious moments.

As the longest running contemporary music awards event in Australia, the APRA Music Awards has undergone many changes, including new categories, new live show formats, the renaming of some categories etc. but one thing has remained: its ability to recognise music history as it happens and offer a platform to create it.

“For me it was the moment the curtains pulled back at my first APRA Awards after becoming CEO… and Yothu Yindi powered into Treaty. There had never been music at an APRA Awards night, and the shock and excitement – let alone the fact that it was probably the most powerful and compelling Australian song of the past 50 years – made it an unforgettable moment.”

“Just when I thought that hearing Daniel Johns begin to sing ‘Preach’ live at the 2015 APRA Awards could get no better, I swiftly realised that he had no shirt under his jacket – when halfway through the song, he took that jacket off for a brief moment revealing his bare chest and not only giving me my APRA highlight but also just the general highlight of my life. Thank you.” 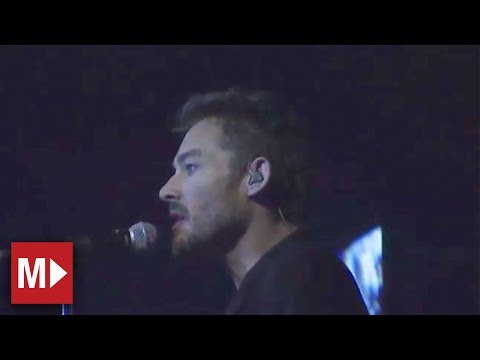 “Trying to remember just one moment from all the APRA awards is a hard task, just purely numerically. However very quickly coming to mind are the smiles on the faces of Tim Rogers from You Am I and Harry Vanda prior to taking to the stage to do a version of “Friday on my Mind”, the year APRA celebrated the 10 greatest written Australian songs. Pure joy. Next would be the year Paul Kelly won the Ted Albert award and we needed a photo of Paul and presenter Andrew Denton – possibly two of the most ‘do not want to have my photograph taken’ characters you’ll meet.

“As it happened, they bonded together and had fun with it (totally unexpected). My third highlight would be the love in the room and EVERYBODY, particularly songwriters, wanting to have their photograph taken with Yusuf Islam (Cat Stevens). True admiration.”

Watch Tina Arena and Tex Perkins cover Gotye’s ‘Somebody That I Used To Know’ below: 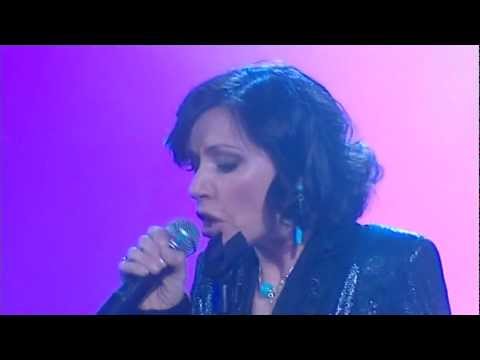 “I’m so proud of the fact that despite the growth in popularity of the APRA Awards over the years, they have never been compromised by commerciality. They are always edgy yet slick but never to the detriment of integrity or excellence. They present the highest caliber of winners and performances and always reflect both the most popular and the most cutting edge of musical genres. They are totally unique, something that is always commented on by international guests. Our industry should be very proud of these awards.”

“The APRAs has always been so much more than just another Awards night. Away from the gaze of the public or the glare of TV cameras, it provides a sort of sanctuary and has a decidedly more relaxed feel to it for the writers and artists who all love the night.

“There have been too many music highlights over the years to name a favourite but one that stands out for a number of reasons was when the awards were held in Brisbane in 2014. Francois Tetaz was the musical director that year looking for artists to perform the nominated Songs of the Year. We suggested to him that he should consider a young unknown writer and artist we had recently started working with named Jarryd James. Frank loved what he heard and asked Jarryd to perform Matt Corby’s Resolution. From the moment he opened his mouth, all in attendance were transfixed and a stunned WTF silence fell over the room. As soon as he finished, the place went crazy and he was literally swamped there and then with label and management offers.

“Jarryd went on to sign with Universal and Page One management shortly after, collaborated with Lorde’s producer and co-writer Joel Little who also saw him that night. They wrote Do You Remember which 2 years later went on to take out the APRA Award for Most Performed Australian work of the Year ahead of SIA, Vance Joy, Jessie J and Peking Duk.

“That night was literally the start of Jarryd’s career! What’s not to love about that… and the APRA’s ??!!” 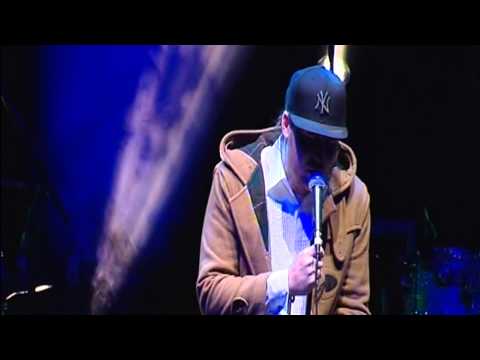 “We’ve had so many success stories including the Jarryd James performance when Francoise Tetaz was Musical Director. Ruel performed at the 2016 APRAs (with Robert Conley as MD) when he was 13 and everyone told me that he was too young to put up there. Now he has a major U.S. recording deal. The APRA Music Awards basically revealed these two artists before anyone knew who they were and they have both gone on to sign major deals.

“The amazing Kira Puru featured with Urthboy on our opening number in 2016. Karen Hume (manager to Jon Hume, Ivy Adara, Lindsey Jackson and others) was sitting in the audience, fell in love with her voice and now manages her. Kira is having major success with her single at the moment on triple j and is also about to sign a major deal.

“From an Executive Producer perspective, being able to showcase emerging artists and provide a platform for them to be ‘found’ and subsequently sign management, publishing and record deals because of the Awards performance exposure gives us a point of difference. Marrying our seasoned, successful artists with emerging artists and unveiling them to the industry on the night is a very powerful a tool and we should be proud of this. We will reveal another artist this year that I feel will have global success, but I don’t want to pre-empt it and jinx it!”

Watch D.I.G and Ngaiire cover ‘Anchor’ by Birds of Tokyo below: 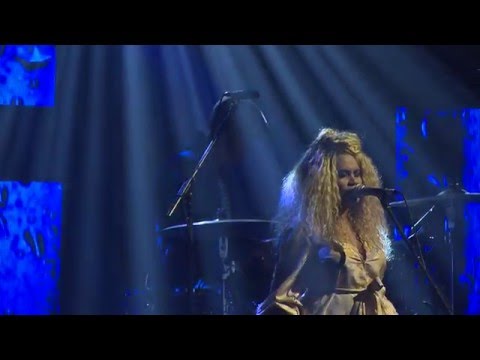 “I spotted my first grey hair a few days before the 2009 APRA Awards in Melbourne, where it felt like everything that could possibly go wrong behind the scenes, went spectacularly wrong. Since then I’ve watched the event grow in numbers and respect, and worked with some of the most incredible artists, managers and production teams around. I’ve been witness to passionate presenters like Andrew Denton, Adalita, Ben Quilty and Stan Grant telling stories about the songwriters that have inspired them. I’ve welled up at acceptances from wordsmiths like Don Walker and Paul Kelly who have made up the playlist to my life. And I’ve been spellbound by performers like Ben Salter, Kate Miller-Heidke, Dan Sultan and Shane Howard. This will be the 11th APRA Awards I’ve worked on and while there are countless other tales to tell, repeating them would probably not serve me well. What happens at an APRA Awards, stays at an APRA Awards. And I’ve found a good colourist to help manage the stress of the job!” 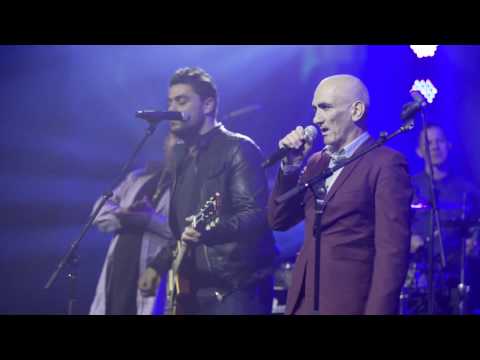 LINDY MORRISON
The Go-Betweens, 2014 recipient of the Ted Albert Award

“The Ted Albert Award is presented every year to a person who has made an outstanding contribution to Australian music. For me, it’s the highlight of the APRA Awards.

“Ted Albert was the great grandson of Jacques Albert who established Albert’s publishing company in the early twentieth century in Sydney after migrating from Switzerland. In the sixties Ted established Albert Productions and had the prescience to see that Australian artists were as creative as their overseas counterparts and set about to develop and record their work.

“The year that Fifa Riccobono received the Ted Albert Award was especially poignant. Fifa was just 16 when she joined the company as a junior. She moved into promo, then A&R managing the bands from the cradle, overseeing the song writing and early stages of production to the working up of the fan base. Eventually she was the first female CEO of a record label in Australia.

“That night she received the award the audience were on their feet cheering for this extraordinary woman after she recounted her days with ACDC, The Angels, Cheetah, JPY, Billy Thorpe and Harry and George. To be present when all these elements came together, Apra Awards, Ted Albert Award, Alberts, and Fifa Riccobono was a night when we all could stand and love everything that was and is great about Australian music.”

“Of the many APRA Awards memories a couple that spring to mind are; the APRA’s at the Exhibition Centre many years ago where the stage props were spontaneously collapsing around Jonathan Biggins, our MC, and he carried on seamlessly as if it was all part of the show, and an incredibly special 2015 APRA’s where I was the recipient of the Ted Albert Award an emotional and heartfelt honour remembering my boss, my mentor and my wonderful ‘enabler’ who encouraged me every step of the way during my 20 year working relationship with him.”

“I have been the APRA Awards Musical Director since 2015. This will be my 4th and probably final year filling this role for APRA and it has been an absolute pleasure working so closely with the APRA Awards team, and with such a wide variety of artists and nominees.

“Over my four-year stint I have had the unique job of pairing a song with an artist or a group of artists to attempt to create a live performance of the song that is unique and memorable. Some of my favourite moments include: Jimmy Barnes performing ‘Chandelier’ – watching the legend jump up on the stage and perform such a pop song was really exciting and very cool!

“Lisa Mitchell performing ‘Geronimo’ – I absolutely loved her stripped back piano performance accompanied by a drum loop playing back from a cassette deck. Gang of Youths with Montaigne performing ‘Do You Remember’ – I thought this was a magical performance and considering the trajectory for Gang of Youths in 2018, I really feel like we nailed this one. Busby Marou performing ‘Adore’ – I have actually listened to this version in my real life and love their interpretation of this song. There have been so many great moments for me with the APRA Awards, but what I have loved the most is the process of finding, and then locking in the perfect performance, whether that be by an unknown or emerging artist, or an Aussie musical icon. Putting all of that together to create, what we hope, is the perfect balance of music for the evening is an extremely rewarding and fulfilling challenge.” 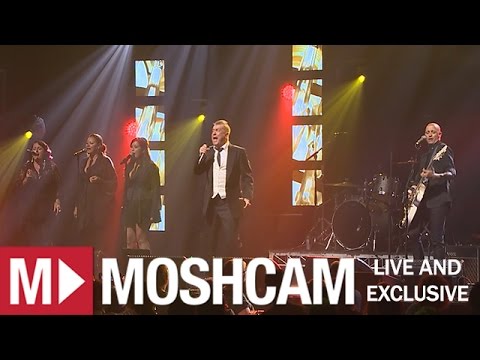