A Brisbane bar is receiving backlash online this week after an alleged incident took place on the weekend. A Brisbane bar is receiving backlash this week after an alleged incident took place on the weekend.

The incident allegedly took place at Rics Bar in Fortitude Valley, when a local musician (who has decided not to make a public statement as yet) and friends attended the venue after a show.

“I will call her girl X to protect her privacy (a young Aboriginal girl) went to the bar to order some drinks,” a punter wrote on a widely-shared social media post.

“Girl X ordered a drink (she was intoxicated but not white girl wasted and she was no drunker than some of the other non-Indigenous girls she was with – still could walk, talk and comprehend).

“Girl X pays for her drink and the barman gives her water, girl X accepted her water but asked to be reimbursed for the drink she has paid for and not received, she was not argumentative just firmly asking for a refund, next minute the barman calls security and five security guards and two police officers came over they put their knee in her back, kicked her in the back, choked her out then grabbed her arms chicken winged them behind her back and the cops came and handcuffed her and took her to the watch house.”

The person who originally posted the now-deleted account to social media said witnesses were apparently arguing with police and security more than the girl who was arrested, and many who witnessed the event were posting to social media concerned about “excessive force and excessive action”.

“I am not a person who throws around the racism word but this clearly demonstrates that racism is alive and strong in the QLD Police force & security industry,” they wrote.

They shared a new post late Wednesday: “Thank you everyone for sharing my post – I took it down yesterday as it has achieved what I was hoping it would, which was to get witnesses to come forward… and a big thank you to those who shared your stories with me.”

Rics Bar in Brisbane took to social media on Tuesday to address the incident.

“In regards to the event on Saturday night, here is our statement,” the post began.

“There is CCTV footage of the entire event. After approaching the bar and requesting a drink, an individual was refused service according to our legal RSA requirements.”

The post states that patrons are “often” requested to drink water or stop drinking.

“The bartender gave them a drink of water and crucially, did not serve them an alcoholic drink or make a sale,” the post continued.

“The patron became agitated after being refused service and as such a security guard asked the individual to leave.”

The post alleges management was called when the patron refused to leave the premises, and after “over four minutes” of discussion and “calmly requesting that the individual leave the venue”, Queensland Police Service (QPS) was called.

The post from Rics Bar can be read in full here:

The Brisbane bar has apparently been deleting negative comments from its social media pages, with comments about the incident on Saturday night or any pertaining to “racism” appearing on search results for the Facebook page that are no longer there. The bar has also removed the ability to comment on their Instagram post.

People are instead taking to Google to leave the venue reviews.

“Extremely disappointing. Lack of accountability and frankly disgusting response to the violence that has occurred against a young woman,” one review reads.

“Venue that obviously doesn’t want to address its stem racist issues (that seems to be ongoing!). Won’t be coming here again. #boycottrics”

“This place was my 2nd home 22 years ago, won’t go there due to the diabolical violent and racist treatment of a First Nations young woman on the weekend at the venue, this young woman is also a very talent [sic] musician, you call yourselves a venue that supports live music, but this is the way you treat young emerging First Nations musicians…” reads another.

It isn’t the first time Rics Bar has come under fire for discrimination of some kind – in 2019 Sunny Coast faves The Chats slammed the Brisbane venue for it’s anti-mullet “discrimination”. 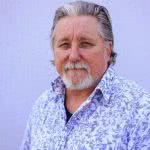