BTS’ ‘Burn the Stage: The Movie’ is coming to YouTube BTS broke the box office with Burn the Stage: The Movie. Now they’ll try break the Internet with the documentary film, which gets its YouTube premiere later this week.

YouTube Originals announced that BTS’ full-length doco will be streaming on the its Premium subscription service starting this Friday. The countdown has already started over at YouTube, which will also host an exclusive five-minute highlight of the film on the day of release. 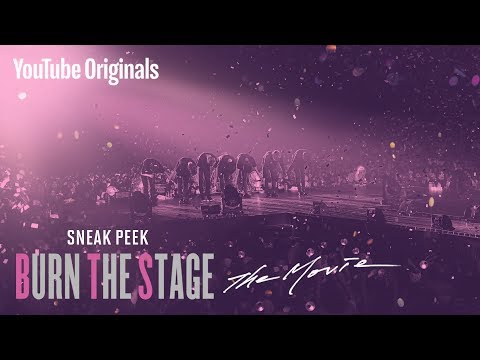 An extension of the YouTube series of the same name, Burn The Stage was an intimate study of the K-pop phenomenon as they embarked on their The Wings Tour 2017 BTS Live Trilogy Episode III, which shifted 550,000 tickets across 40 concerts.

Like the trek it was based on, Burn The Stage lit it up.

By the end of its first week at cinemas, the film had broken the global event-cinema record, shifting 1.4 million tickets for a U.S.$14 million box office haul. The previous best was One Direction: Where We Are, which boasted 1.2 million admissions after its release in 2014.

Pre-premiere ticketing for the film topped a whopping 940,000 global sales, according to distributor Trafalgar Releasing.