When Laura Ballance and Mac McCaughan kicked off Merge Records back in 1989 as a way to release Superchunk records, few could’ve known it would grow into one of the most esteemed and influential record labels of the last few decades.

Releasing classic albums by the likes of Neutral Milk Hotel, Arcade Fire, and Spoon, the label also signed other iconic artists such as The Magnetic Fields, The Mountain Goats, Dinosaur Jr, and even Melbourne’s Twerps.

Now, fellow Victorians Cable Ties are the latest addition to the high-profile roster.

Check out the band’s playlist of Merge Artists they lovee:

Following the announcement of a run of South By Southwest dates for the trio, this news will see Merge exclusively release Cable Ties’ forthcoming second record worldwide, while distribution in Australia and New Zealand will continue to be handled by Poison City Records.

Fitting seamlessly into the roster thanks to their raw performance style and intense compositions, Cable Ties aren’t quite done with the good news, announcing they’ve also joined forces with US agency Ground Control.

Representing huge names like Parquet Courts, Kim Gordon, Kurt Vile, Stella Donelly and more, the group will be working with US agent Anna Benefield who will be hard at work to ensure that Cable Ties realise their full global potential.

While this is undoubtedly amazing news for the Aussie three-piece, they’ve not forgotten their local fans, with appearances at The Tote in Collingwood, Yarra Valley’s Gaytimes 2020, and Darebin’s Something Unlimited festival already on the cards. Check out all the details below!

Check out Cable Ties’ ‘Tell Them Where To Go’: 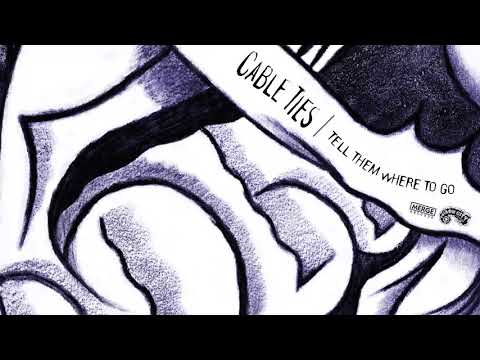