How the Bartman made cassingles the thing in Australia There was no major music format quite as fleeting as the cassingle.

Introduced on a small scale in 1980 in the UK, it took until 1987 for the major U.S. record labels to begin widely manufacturing cassette singles, sensing a similar shift to what had happened with albums may happen – as vinyl sales were overtaken by cassettes.

While the rise of the Walkman, inexpensive boom boxes, and car cassette players helped make the cassette the number one album format of the late ’80s, it was these same innovations that killed the cassingle.

You see, a cassingle is remarkably inefficient way to carry music, given it is the same physical size as a 90 minute tape.

With home taping on the rise at the time, and gloveboxes only good for three or four tapes, you aren’t exactly going to bring a tape with one song each side — often the same song, too — on the road with you. 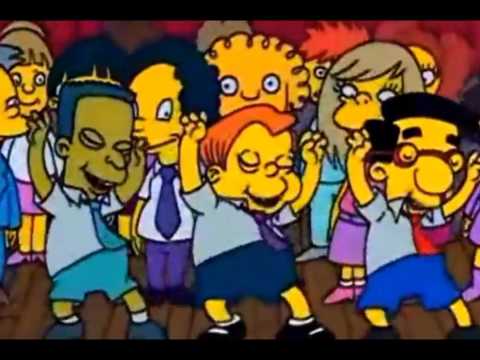 It took until 1991 for the true market for cassingles to reveal itself, kids! Kids who just want the latest Bart Simpson song and will gladly rewind it back and again over and over. By early ’91 most kids had tape decks, and at any rate you didn’t want them touching the record player.

‘Do The Bartman’ was released on cassingle only, and became the first cassingle-only song to reach the #1 spot on the Australian ARIA Singles chart.

The below ARIA Chartifact acknowledges this feat, while pointing out the chart battle in S.A. between songs from The Simpsons and Twin Peaks. What a time.

In truth, this chart stat was more emblematic of the fact that kids just wanted anything to do with Bart Simpson than with that format’s inherent rise, and the cassingle struggled to prove its relevance.

Ultimately, the cassingle was entirely phased out as a format by the turn of the century. The Simpsons and Twin Peaks continue to go strong.