“It was a necessary change of pace.”

Back in 2017, Childish Gambino (or Donald Glover, as his birth certificate reads) noted that his next album was set to be his last. Now, after signing a new record deal, it seems that the final Gambino album is set to drop earlier than we might have first thought.

“Donald is undoubtedly one of the most talented, multi-faceted, young entertainers of this era,” said RCA Chairman/CEO Peter Edge. “We are excited to join forces with him and Wolf + Rothstein to usher in the next phase of Childish Gambino’s musical career.”

Donald Glover also weighed in on the situation, stating “It was a necessary change of pace.”

Back in 2014, Donald Glover slammed his previous record label, Glassnote Records, over the alleged mishandling of his music. “So this ‘Sweatpants’ video and blog was important to us. It wasn’t handled correctly,” he Tweeted back in April of 2014, before pleading for for someone to “buy me out of this contract.”

Prior to that, Glover had criticised the label for supposedly mismanaging the release of the song, saying he was “pissed” and “this song was not supposed to come out tonight.”

“I’m trying to create one of the more imaginative rollouts, and other people’s lust for money and impatience is ruining it,” Glover Tweeted at the time.

Since then, Childish Gambino went on to release one more record, 2016’s Grammy-nominated “Awaken, My Love!”, which marked a complete departure from his previous sound.

While no information is yet available as to what new Childish Gambino music is set to sound like, Glover revealed back in August that he had been writing new music while he was living in London. Whatever the case, we look forward to seeing what the freedom of a new record deal means for Donald Glover and his future music, regardless of the name attached to it. 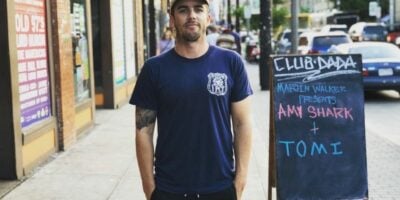 Who is Paul Fletcher, Australia’s new Minister for Communications and the Arts