ARN have snagged one of the biggest stars in UK radio, with Christian O’Connell moving to Melbourne to host the GOLD 104.3 Breakfast show this year.

It’s an interesting move, bringing an established show into a new market – fans of Hamish and Andy may be familiar with Christian, as they co-hosted a show with him in 2012 while in the UK, which was simulcast as both a Breakfast show in the UK, and a Drive show here in Australia.

“The chance to move to Melbourne was an opportunity just too good to pass up”, O’Connell says of the shift. “Who wouldn’t want to move to the world’s most liveable city? My family and I chose Melbourne for the lifestyle, comedy and arts culture, and, obviously, the coffee. And the wine. Did I mention the wine?

“And I’ve also heard you get a bit more of something called ‘the sun’. The decision to leave the UK has been the hardest of my life, but we can’t wait to start this new adventure.

“Radio is my life, and I’m excited to bring my Breakfast show to Gold104.3, Melbourne’s strongest music station. I’ve always seen being on radio in the morning as a great privilege – to be someone’s mate in the morning – and I’m looking forward to bringing something fresh and new to listeners to help them kick off their day.”

“Christian’s radio show is like nothing Melbourne has heard before and this change is a bold, progressive move for ARN and the entire local industry”, adds ARN’s National Content Director Duncan Campbell.

“His sense of fun, relatable humour and quick wit will be perfect for GOLD 104.3 and Christian is regarded as being one of the best interviewers around with his radio show known for great guests including his mates Ricky Gervais, Chris Martin from Coldplay, Liam Gallagher and U2. Even the hard to please Jeremy Clarkson said “he does the best interviews in the world”.

“Christian joins us from Absolute Radio where, during his time with the station, he doubled his audience becoming one of the most loved broadcasters in the UK. He has also won more radio awards than any other broadcaster, and has pioneered a unique Breakfast show format. Christian has created and performed three sold-out runs at the Edinburgh Fringe Comedy Festival, is an author – including two children’s books, was a columnist for The Guardian and in addition to these elements, he is an incredible story-teller.

“In 2018 we have injected fresh, new personalities and energy into our stations across Australia with three other new shows, complementing the already successful #1FM and #2FM shows across our network. Announcing Christian’s new Breakfast show for Melbourne’s GOLD 104.3 is the final piece in our national content strategy, and is a key part of ARN’s wider strategy to re-energise our offering to Melbourne and to the Pure Gold network overall.”

The station has not yet announced when the show will debut. 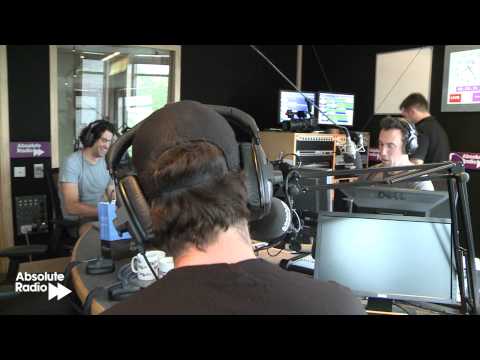