Common beats out Chance The Rapper for Creative Arts Emmy Now, his track ‘Letter to the Free’ from DuVernay’s documentary 13th has taken out the Emmy for Outstanding Original Music and Lyrics overnight.

The documentary details the legalisation of slavery through the US justice system. 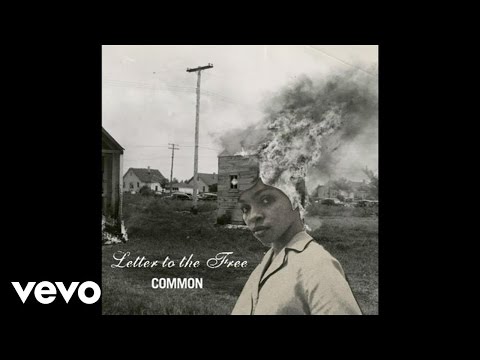 Penned with Robert Glasper, and Karriem Riggins, the track picked up the win over Chance the Rapper, who was nominated for ‘Last Christmas’, his ‘Jingle Barack’ sketch for Saturday Night Live.

The other nominees for the award included songs from Crazy Ex-Girlfriend, Jimmy Kimmel Live, A Mickey Mouse Christmas Special, and the Lemonade parody from Unbreakable Kimmy Schmidt.

Common dedicated the award to “all the incarcerated people in the prison system and for justice”.

Although I’m honored and excited beyond belief for this award, my motivation for doing this song was from the heart like it always is. This award is for all the incarcerated people in the prison system and for justice. In the words of the late great Phife, “I’ll never let a statue tell me how nice I am…”. We have more work to do and this is only the beginning. So please don’t think for 1 second that my passion for justice stops here. Thank You @televisionacad @netflix @ava @karriemriggins1 @robertglasper @bilalmusic #Elena #Roy #Vernis and everyone involved with this project. #ImagineJustice

Common’s win was one of four Emmy wins for 13th, including Outstanding Documentary Or Nonfiction Special.