Destroy All Lines welcome promoter Andrew Perumalla to the team For years now, Destroy All Lines have been hard at work making a reputation for themselves as one of the largest Australian-owned independent touring companies, helping bring big names like Deftones, Puscifer, Refused, Simple Plan, and The Bronx to our shores.

Having kicked off the inaugural Good Things Festival in 2018, the company continued their track record of bringing hordes of eager Aussie fans some of the best local and international acts to a live stage nearby.

Now, Destroy All Lines have welcomed Andrew Perumalla aboard, a respected promoter known for working with big-name acts like Kesha, Fall Out Boy, Panic! At The Disco, At The Drive In, and Bill Murray, Jan Vogler and Friends.

“I am thrilled to start a new chapter in my career at Destroy All Lines and work alongside an inspiring team dedicated to delivering first class tours in Australia and New Zealand,” Andrew explained of his new position.

“We are ecstatic that Andrew is joining our growing family at Destroy All Lines,” added Chris O’Brien, the company’s General Manager of Touring.

“He brings experience and knowledge from his previous role, which will add a vibrancy to the way we market our artists that will be unmatched.”

“We have an incredible team who are passionate about our artists and Andrew is a welcome addition that will help strengthen Destroy All Lines as an independent leader in Australia and New Zealand,” O’Brien added.

With a number of homegrown acts on their roster, including names like Polaris, Thornhill, and Void Of Vision, the touring company explains that they’re hoping to further commit to Australian music, helping shine the international spotlight on the brilliant local talent they work with.

Check out The Used at Good Things Festival: 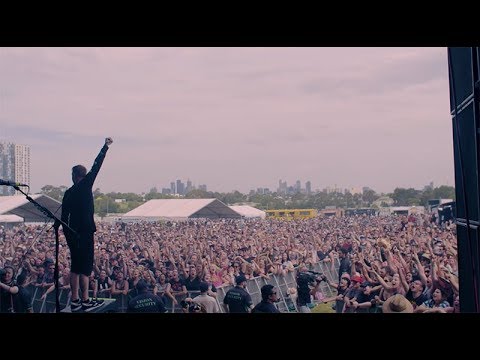