Disruptive technologies arrive and affect the music business almost daily. Evaluating, debating, and mapping out a strategy for how to deal with them is essential in the new and connected music business.

In the first of a series of articles intended to help you do just that, Mark Muggeridge looks at three of the technologies likely to have the biggest impact over the next few years.

Each morning, as you start up your handset or computer you might find yourself wondering what changes are you going to have to face today.

Until around 20 years ago the music business operated on a reasonably stable basis day-to-day. The arrival of new technologies could be managed as they arrived by degrees and with clear pre-announcement in the media.

It took around eight years for the CD to move from a futuristic, supposedly indestructible format, to available at your local record store for example.

Today, change seemingly comes in an instant. All of a sudden, instead of focusing on getting our product front-racked at stores, we are trying to convince Apple or Spotify to playlist our artists.

Instead of touts on the street selling tickets, they are online and at the top of search results pages with paid ads giving them the appearance of legitimacy.

But did these changes really arrive suddenly, and can the music business predict future changes to our business?

The role of the futurist is one that has been developing as fast as the technology around it in the last 20 years.

The superstars of futurism such as the author of Music 2.0 Gerd Leonhard, Mary Meeker who presents an annual Internet Trends Report, and the Future Today Institue‘s, Amy Webb have all worked to develop processes and systems to help those of us across business and industries to prepare for the changes which surround us daily.

Today we’re giving you our own take on future gazing by looking at three technologies that we think will have the most impact across the music business in the next 5 to 10 years. All of these are already in the mainstream even though they might not be at touch points you connect with daily. But you soon will.

This is a brief overview of these trends and over the next few months, we will speak with some of the key players across these and other key emerging technologies so that you can begin to map the changes that you may need to make to stay ahead in the ever-changing tech trends ecosystem.

Part of this research is based on the recent 2019 Trend Report for Journalism, Media and Technology by Amy Webb and her team at the Future Today Institute. It’s a huge 155-page report and we encourage you to dive in some time.

We’re pleased to acknowledge their cross industry-leading work in the discipline of futurism. But for now, here are the three tech trends making mainstream waves across the music business today.

From immersive to wearable tech, media companies are jumping on board with mixed reality in ways that are bringing it swiftly into the mainstream.

Holograms of Tupac Shakur at Coachella and of Michael Jackson at the Billboard Music Awards in 2014 were met with derision from some, but more recently BASE Hologram have been gaining critical and box office success with their separate productions featuring Roy Orbison and Maria Callas.

“In Dreams – Roy Orbison In Concert: The Hologram Tour” is currently in the middle of a 25-date US tour. Orbison appears and performs in front of a 30-piece orchestra. Less than a week ago, BASE announced a new partnership with the estate of Grammy-winning artist Amy Winehouse to celebrate her legacy.

The box office potential of tours such as these is significant. When they finish touring internationally and establishing their reputation they can go into permanent exhibitions which continue to earn money.

And as mixed reality becomes a more common experience for the public via immersive headsets and the like, these kinds of tours have the potential to seem as much like ‘normal’ concert going for the average consumer.

But these high profile tours are just the start of immersive experiences which will impact the music and entertainment businesses over the next few years.

Technology including Web RTC will connect your devices so as to display different components of the media you are enjoying; Live social video, which already accounts for more than 13% of video consumption will grow exponentially.

AR (Augmented Reality) and VR (Virtual Reality) will be joined in the market by ER (Extended Reality) via wearable devices and these will be used to encourage interaction by audiences.

Imagine a crowd at a gig being able to sync up with the artist and help request the set list order via their Apple and Android Watches.

We’ve been watching Artificial Intelligence move from the fringe to the mainstream for some years now. Back in 2014, Google was already reporting that more than 50% of 13-18-year-olds were using voice to activate searches on their mobile devices.

Those teens are now young adults and many of the rest of us have jumped onboard using digital assistants in our everyday lives. Think that’s not you and that you don’t use one of these assistants? Then think about our enthusiasm for the use of smart speakers.

Here in Australia estimates are that around half a million homes have now purchased smart speakers. Further estimates suggest that the number will escalate rapidly to around 3 million households using the devices by 2022.

Last week, Neilson’s MediaTech Trender Survey noted that ‘even with futuristic, innovative services available at their fingertips, smart speaker users are still overwhelmingly using their devices to listen to audio; nearly all (90%) say they listen to music on the speaker in a typical week…’

Looking across the available research, it appears that families are most commonly placing smart speakers in commons areas such as kitchens and living rooms and that their music consumption is primarily via paid music services.

The loser here being radio – which users are replacing with playlists from streaming services although Australian broadcasters – are refusing to go down without a fight. Both ARN and Southern Cross Austereo have launched channels for Alexa and Google Home.

The other headline-grabbing aspect of AI for the music business is its contribution to the creative process in the form of writing music and lyrics.

We reported just recently on how the team at Botnik Studios used an algorithm to write a song in the style of The Strokes.

Technology geeks have not written a #1 song yet, but they’re working on it.

This revolutionary way of sharing and storing information is arriving into the music business mainstream in 2018.

Since it was first introduced in around 2008, Blockchain technology has moved from the fringe in tech trends – being the driving force behind a peer to peer electronic cash system (Bitcoin) – to a mainstream technology that has far-reaching potential across a wide range of industries.

One of the highest profile Blockchain experiments we’ve seen in the music business was started in 2015 when musician Imogen Heap released the track ‘Tiny Human’ in collaboration with startup Ujo Music.

The purchase process was difficult to navigate, but for Heap, the point was to dive into the potential of reimagining how the distribution of royalties could be done within a new framework of technology.

More recently dance artist, Gramatik created his own cryptocurrency called GRMTK. Fans were invited to buy into the currency raising around $2.5m (USD) for the artist. Fans who hold the currency will get to share in his royalties.

Then there are companies who are trying to solve the fragmented data issue. That is, who gets paid when a song gets streamed. 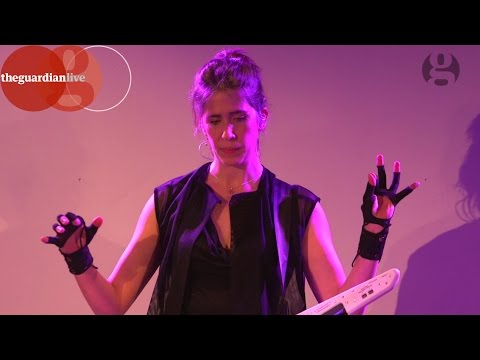 On October 1 Warner Music Group and Dot Block Chain Media announced a partnership which signals a huge step forward for this segment of the music business.

“The future of rights management will be one in which machines will augment the work of humans and enable the music industry to work at a speed and scale fit for the digital era. Warner has fully embraced this vision, and are leading with a data-first and future-facing strategy that will benefit not only those artists and writers that they represent but the music industry as a whole.”

The music business has tried before to create a Global Repertoire Database. An expensive and failed mission that is reported to have cost around $10.5m (USD).

With the huge sums of money tied up in the administration of rights, it’s not in some peoples’ interest to see changes that reduce overheads, but the potential is there.

If enthusiasts for Blockchain can sustain their efforts and create enough artist, label, publisher, and management engagement via activations which the music business understands and sees value from the future could be bright for artist-owned labels.

These are just three examples of the overarching trends which are already impacting the music business.

Add to these: The end of the smartphone as we know it, the impact that ad blockers and media consolidation will have on music marketing, and the public becoming more aware of the use by corporations of their personal data and you begin the realise that the impact of tech on the music business is just getting going.