One of the most important figures in Australian radio history has passed away, with the ABC confirming the death of founding Double J presenter Chris Winter.

Back in 1975, the creation of a brand new youthful radio station sparked a change in Australian culture that is still felt today.

However, when the ABC launched Double J (which would later become triple j) back in 1975, one of the first presenters on hand was Chris Winter – an employee of the broadcaster who was an obvious choice for the new station.

In fact, Winter’s role in the station’s early days were so memorable and influential that he is said to be responsible for the decision to air Double J’s infamous first-ever song.

“We thought, ‘let’s play something that will make people really cross’,” Winter told Double J in 2015. “So, an obvious thing to do was to pick a song that was famous for being banned on commercial radio: Skyhooks’ ‘You Just Like Me Cos I’m Good In Bed'”

“What we really wanted to do was give attention to bands who might not have made a single, who might not be played by commercial radio, they weren’t successful, but they were writing successful songs.”

Sadly, more than 44 years after he first helped to revolutionise Australian radio, the ABC have confirmed that Chris Winter has passed away.

“Chris was a foundation presenter for Double Jay in 1975 and it is his free spirit and style that inspired the persona of the whole station,” explained Chris Scaddan, the ABC’s Head of Music and Creative Development.

“His passion for music outside the mainstream survives now in triple j and also Double J again on digital radio.

“Chris’ musical curation influenced a generation of Australian musicians, as he broadcast the rock, blues, folk and ‘punk’ music that didn’t sit well within the highly-structured Top 40 formats of Australian radio at the time.”

While Chris Winter is also credited with organising Midnight Oil’s legendary ‘Oils On The Water’ gig for triple j’s 10th birthday, Winter’s legacy far exceeded that of the ’70s and ’80s.

“His influence across the ABC’s early-2000s digital work was just as pioneering as his early work in music broadcasting.

“Chris’ entire career is a testament to his never-ending, forward-thinking ideas about music, culture and media. His inquisitive mind and ability to inspire others was rare and cherished.”

Check out Skyhooks’ ‘You Just Like Me Cos I’m Good In Bed’, as per the recommendation of Chris Winter: 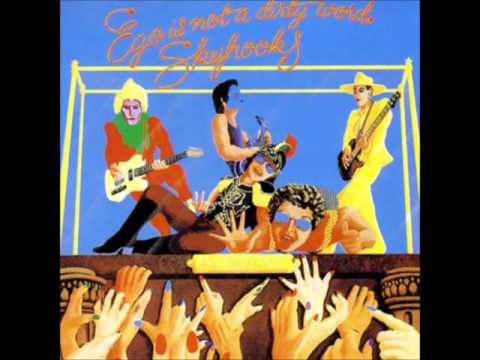