Rumours have swirled for a while now about whether the massive Download Festival would be making its way to Australia as a replacement for the now-defunct Soundwave, which folded in 2015 under massive debts.

Now, two former Soundwave promoters have revealed that we can expect an announcement on the long-awaited Australian leg of Download within the next month, Music Feeds reports, with both Chris O’Brien and former Soundwave boss AJ Maddah taking to Twitter to discuss the plans.

Neither O’Brien (now General Manager Of Touring at Destroy All Lines) nor Maddah are working with Download, but are well-positioned to comment, and the claims line up with previous evidence pointing to an Australian edition of Download Festival.

While Download Festival Andy Copping ruled out a 2017 appearance, Music Feeds notes, he didn’t rule out the following year, and O’Brien points to a March 2018 date as likely, with the festival all but confirmed following Live Nation’s acquisition of an Australian domain name for the festival earlier this year.

At this stage, we’ll be twiddling our thumbs until next month rolls around and hoping to see another heavy music entry into a festival circuit that still yearns for the big international lineups of Soundwave.

After all, the most recent Download Festival lineup, which hit the UK and Spain, featured Aerosmith, Prophets Of Rage, Linkin Park, System Of A Down, Biffy Clyro and A Day To Remember on the same bill – check out the recap footage below.

Of course, Download Festival won’t be the only big-name U.S. festival hopefully making its way to Australia next year, with a local version of Alabama beach festival Hangout possibly headed to the beaches of the Gold Coast, and in the final stages of approval. 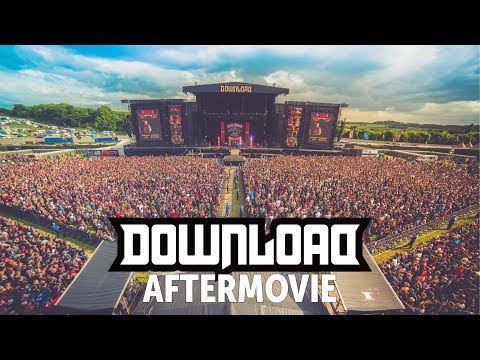