Elton Johns’ greatest hits collection Diamonds has crashed like a rocket (yup) into the Billboard albums chart at number 23, marking his fortieth top forty album in the U.S.

If he manages to land another in the Top 40 album during his career — which is quite likely given he is still recording and touring, and this is his sixth greatest hits collection to reach the Top 40 — he will tie with The Beatles for the sixth-most Top 40 albums.

Frank Sinatra currently holds the record with 56 Top 40 albums, trailed by Elvis Presley with 54, Barba Streisand with 51, Bob Dylan with 47, and 46 for the Stones.

Elton also holds the highest-selling US single of all time (well, since the charts begun), ‘Something About the Way You Look Tonight’/’Candle in the Wind 1997’, which sold just shy of nine million copies in the wake of Princess Diana’s death/Lion King fever, with 33 million worldwide sales.

Not bad, considering it was a hasty Princess-themed rewrite of an old hit, coupled with single already released months earlier. 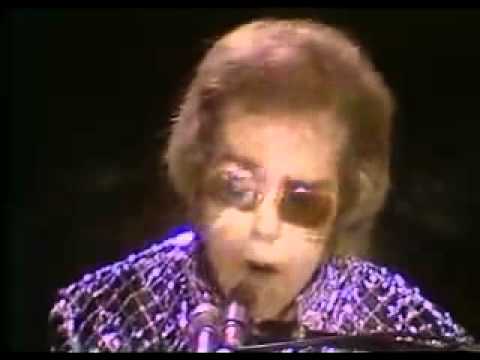