Elvis Presley’s estate is set to add another accolade to their collection next week, when the singer is given a posthumous Presidential Medal of Freedom award.

Back in 2017, we passed the 40th anniversary of Elvis Presley’s death. A pioneer of rock and roll, the musician’s legacy is unparalleled, with many new and established musicians aiming to achieve even a fraction of what Presley did.

Now, the rocker is set to posthumously receive the Presidential Medal of Freedom next week.

While plenty of musicians have been awarded the honour over the years (including Stevie Wonder, Frank Sinatra, Aretha Franklin, and Bob Dylan), the White House has now revealed that Elvis Presley is set to receive this long overdue award.

“Elvis Presley defined American culture to billions of adoring fans around the world,” the White House said in a statement on Saturday.

“Elvis fused gospel, country and rhythm and blues to create a sound all his own, selling more than a billion records. Elvis also served nearly two years in the United States Army, humbly accepting the call to serve despite his fame.”

In addition to Elvis Presley, a number of other notable names will also be receiving the honour, including baseball player Babe Ruth, famed NFL player Roger Staubach, and Supreme Court Justice Antonin Scalia.

The Presidential Medal of Freedom will be awarded on Friday, November 16th, and will mark the first time that Donald Trump has bestowed the awards as president. 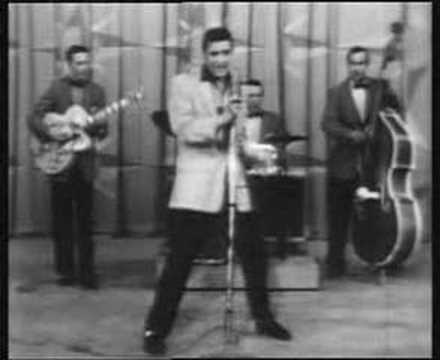