Sure, Eminem has his hands full right now taking shots at politicians on his home soil, but that doesn’t mean that the NZ National party was going to be let off the hook for its blatant bite of one of his biggest hits.

After the party used a dodgy copy of the Oscar-winning 2002 track ‘Lose Yourself’ in a 2014 campaign, a judge today ruled in favour of Eminem’s publisher Eight Mile Style, ABC reports, awarding $NZ 600,000 (AU $535,000) with interest for the “strikingly similar” facsimile.

Filed back in 2014 after the party’s election campaign ran the offending ad almost 200 times, the case was finally heard in May of this year, and the ruling today didn’t come as much surprise considering the substantial similarities between the two tracks – down to the title of the offending copy, which was even named ‘Eminem Esque’.

“The close similarities and the indiscernible differences in drum beat, the ‘melodic line’ and the piano figures, make ‘Eminem Esque’ strikingly similar to ‘Lose Yourself’,” Justice Helen Cull ruled, adding that the lyric “You better lose yourself in the music, the moment, you own it, you better never let it go” was “prophetic”.

The ruling was based on the testimony of ‘expert musicologists’ delivered their verdicts on the similarities – and intentional differences – between the tracks, including the absence of a beat drop in the copy, and deliberately altered piano melodies.

“The ear tells you Eminem Esque sounds the same and the listener is left thinking one has come from the other,” Justice Cull added.

Maybe next time they should cough up and invest in Eminem’s music instead – which is actually about to be a possibility, incidentally, with a new company trading shares in the royalties of his music like stocks.

ABC notes that the ruling was probably less of a concern to the party than what’s happening in the world of politics, with its now-former Prime Minister Bill English unable to form a coalition with NZ First, who have instead tipped the balance of power toward Jacinda Ardern and the Labour Party.

Check out the offending (and very costly) ad below, along with the Eminem classic being played in court. 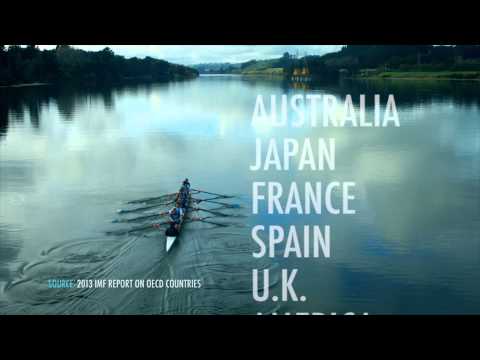