To highlight the limited choices offered to rape survivors, we’ve published an extract from 'System Failure: The Silencing of Rape Survivors'.

As managing partner of Marque Lawyers, a commercial firm with a strong human rights interest, Michael Bradley has become directly involved in work for sexual violence and rape survivors and advocacy for reform in that area of the law.

In his new book, out this month via Monash University Publishing, Michael Bradley explores the legal system’s responses to rape and why they are designed without survivors in mind. As Bradley notes, “They do not address, in any way, the questions that survivors ask or the needs they express. Simply put, on the systemic response to rape, we are having the wrong conversation.”

To acknowledge the work of Michael Bradley and to highlight the limited choices offered to rape survivors, we’ve published an extract from System Failure: The Silencing of Rape Survivors below. This particular extract is about a musician who was raped by another musician in Melbourne.

Dina is a musician who is based in another country. In 2019, as part of a multi-country tour, she was in Melbourne, sharing an Airbnb house rental with the tour promoter and Terry, a fellow musician from overseas. One afternoon, when they were alone at the house, Terry came on to Dina. It started with a request for a hug, then to lie down, and, via an extremely confused (according to Dina’s police statement) succession of events, it ended in several acts of rape. She went to hospital the same day, where she was forensically examined, and she made a detailed statement to police two days later.

As becomes obvious after you’ve read enough survivor accounts, and in complete contrast to the popular understanding, the dynamics of rape are rarely straightforward and frequently an absolute mess. It shouldn’t surprise or confound us, but it does. Dina had submitted to quite a lot of what Terry wanted, for complex and, on her reflection, mystifying reasons. Dina is small; Terry is an enormous man. She was physically scared of him, sexually inexperienced and discomfited by his forceful, uncompromising insistence. She was also fond of him, although not attracted to him. When he started moving on her, she tried to control the situation by giving in a little while maintaining a boundary, but it kept slipping. Her speedy descent into a state of frozen fear left her close to helpless.

Nevertheless, Dina told Terry at various points that her vagina was ‘not for you’, that ‘I don’t know what you’re doing but I’m not comfortable with it’, and to ‘stop it’. She used tactics like hiding in the bathroom pretending to be using the toilet for an extended period, and claiming she needed to do work. Ultimately she submitted to the final sexual act, her fear by this point of being repeatedly raped flooding any other possibilities.

Reading Dina’s statement, one is struck by her honesty (the idea that anyone would ever want to concoct such a messy story is just bizarre) and the sheer enormity of the emotional storm she experienced while simultaneously being physically and sexually monstered by Terry. At one point in her statement, she recalled that: ‘My brain was totally not processing, I was screaming in my head, “What the fuck is going on??”’

Terry, no doubt, would have recalled the incident differently, but he was never asked. Victoria Police, following Dina’s report to them, commenced an investigation in November 2019. Not much seemed to happen—Dina heard very little from the officers involved and became increasingly frustrated with the apparent lack of progress on her case. Then, in January 2021, after fourteen months of near-silence, Dina received a phone call and a brief, exceedingly spare letter from the police:

Your report has been fully investigated.

As per our telephone conversation, a decision has been made to not proceed with charges.

The reason for this is that there is insufficient evidence to proceed to trial.

I arranged a conference call with Dina, the investigating detective and that officer’s superior, to find out what lay behind that uninformative communication. The senior officer explained that he had decided the case wasn’t strong enough to proceed with, giving us the benefit of his summation of the difficulties faced by police investigating sex crimes: ‘The investigation of sexual assaults is notoriously difficult. In a lot of cases, it’s a situation of two people only, no witnesses, where we have the complainant’s account and the accused’s account. It’s a “he said/she said” situation.’

That is all undoubtedly true. It is certainly time for police officers to resist using the deeply offensive ‘he said/she said’ throwaway line on the misplaced assumption that it will somehow comfort survivors whose experience of being raped the police are in the process of dismissing. However, the central point is unarguable: under our criminal law, it is vanishingly hard to get a rape case up. And Dina’s case was far from the easiest prospect.

Still, Dina had been violently raped.

Michael Bradley is a lawyer and writer. As managing partner of Marque Lawyers, a commercial firm with a strong human rights interest, Michael has become directly involved in work for sexual violence survivors and advocacy for reform in that area of the law. In his work with dozens of survivors as well as leading experts in the field, he has observed consistent patterns in the legal system’s response to these survivors and their experiences within that system—patterns that are at once deeply disturbing and clear pointers to why the system continues to fail.

Michael is the Chair of the Rape and Sexual Assault Research and Advocacy Initiative (RASARA), which leads policy reform in this area. He is also is a widely published essayist on legal and social justice issues, with a regular column in Crikey and previously The Drum, as well as other media including The Saturday Paper and Australian Financial Review. His book Coniston, on the last massacre of Aboriginal people, was released by UWA Publishing in 2019. 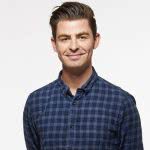