Both Greg Sheppard’s law firm and the trustees of the fund who were allegedly defrauded of nearly AU$100m have come to his defence.

In a report published by The Guardian, Sheppard’s law firm Young and Williams have told the publication the charges laid against him are politically motivated.

“The charges levelled against our firm’s partner are politically motivated and follow the PNG government’s failure in the court system. The charges will be defended vigorously,” said a representative of Young and Williams.

Greg Sheppard, a former Queensland lawyer and former manager of Brisbane pop act Sheppard, has been arrested in Papua New Guinea on charges pertaining to two counts of conspiracy and two counts of false pretence.

The fund — dubbed the Western Province People’s Dividends Community Mine Continuation Agreement — was set up with profits from the Ok Tedi copper and gold mine, to fund development projects, such as roads, schools and health clinics for villages in the Western Province affected by the mine.

Though as The Guardian note, residents of those villages claim that the money never reached the Western Province, one of the countries most poverty-stricken regions.

Mr. Sheppard was arrested in Port Moresby on Wednesday, January 20th. He was taken into custody in Boroko prison in the capital, before being released on 3,000 kina (approximately $1,092 AUD) bail.

In a statement released on Thursday, David Manning confirmed that investigations were continuing and “other suspects will also be brought in for inquiry into their alleged involvement in committing the fraud”.

“The investigation remains ongoing and includes a detailed forensic investigation into the expenditure of the 268m kina,” he said. “Which police will allege were not authorised by the trust.

“This includes forwarding proceeds from the 268m kina to personal bank accounts.”

He is also the former-manager of Brisbane indie-pop act Sheppard, of which three of his children — Amy, George and Emma — are members.

In addition to his work as a lawyer and band manager, Mr. Sheppard was appointed “resident” director of Wilson Security — company that provided security to the former Manus Island immigration detention centre— in 2014, before resigning in 2015.

In response to reports of Mr. Sheppard’s arrest in PNG and his level of involvement with the band, Sheppard’s manager Andrew Stone has issued out the following statement: “We are sorry to hear about the difficult situation that the Sheppard family are facing with their father’s recent arrest in PNG, and we fully support the family during this tough time.

“Speaking to Greg’s involvement with the band, Chugg Music has been managing the band exclusively since 2012, and before their debut EP release. The band has enjoyed extraordinary success in their touring, record sales and music endeavours.

“This is 100 per cent due to their hard work, running their own record label, and with the support of millions of fans across the world. It’s incorrect to suggest otherwise.”

UPDATE: A spokesperson for Young & Williams, Greg Sheppard’s law firm, has issued out a statement following reports of Mr. Sheppard’s arrest: “We act for the OTFRDF. One of our firm’s partners has been charged after he successfully fought the PNG Government on behalf of the OTFRDF to reclaim funds that belong to the people of the polluted region whose lives have been devastated by the pollution of the Ok Tedi mine.

“After our successful litigation we obtained court orders which allowed our client to take control of these funds. We have acted under the instruction of our client at all times and all transactions have been in accordance with the PNG court order.

“Young and Williams is the only major law firm in PNG that does not work for the government, and as such we are one of the only law firms willing to take legal action against the government on behalf of clients.

“The charges levelled against our firm’s partner are politically motivated and follow the PNG Government’s failure in the court system. The charges will be defended vigorously.” 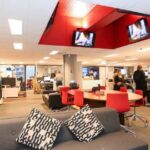 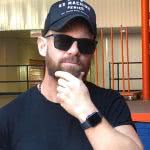