It could be said that UNIFIED’s latest addition to its management roster is a quadruple threat.

While Edwin White is the first person UNIFIED has signed as a producer, he’s also a multi-instrumentalist, songwriter, music director and producer with his own ‘notbadyou studios’ in Melbourne.

Signed to the Melbourne-based, global music company for worldwide management, White’s career is in some mighty powerful hands. He’ll be guided by the team behind Vance Joy and Amy Shark: Jaddan and Rachael Comerford and Toni Saunders.

Perhaps best known for his co-production work on Platinum-selling album Dream Your Life Away by Vance Joy, White is also Vance Joy’s Musical Director and has been performing drums for his live band since its inception in 2013.

Speaking to TIO, Edwin said his first-hand experience with UNIFIED made his signing was an “easy progression”.

“We’ve been on the road for such a long time, I’ve literally been living in a bus with Rach [Comerford] for two years or something,” he said. “We’ve been around each other a great deal and first and foremost we’re mates, so it’s just a very natural, easy progression to go into working with them in an official capacity.

“[…] The music industry is abounds with stories of people being taken for a ride or mistreated; my experience with them has been just so transparent and joyous the whole way so I’m really stoked and couldn’t be more excited.”

White has hit the ground running. Through his freshly inked deals with Warner Chappel Publishing World Wide, and WAU / Mushroom for Australia & NZ he’s already undertaken songwriting sessions in LA. His first notable achievements as a songwriter can be heard on The Mowgli’s track “Bad Thing” from their 2016 album Where’d the Weekend Go. 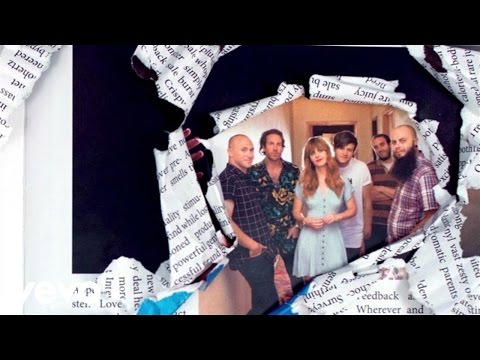 Jaddan Comerford, Founder and CEO of UNIFIED said of the signing: “It’s an honour to announce Edwin as part of our writer / producer management roster alongside Luke Boredom and Mike Waters. Through our work with Vance Joy, he has become a great friend and I am grateful for the fact that we can now work together in this capacity.”