The indie-pop seven-piece joins the likes of Alison Wonderland, Crooked Colours, Bad//Dreems, DMA’S and Kira Puru at the Sydney-based booking and management agency.

Joel Siviour said it won’t be long until Australia falls for the Melbourne band’s charm in the same way he did.

“Approachable Members Of Your Local Community caught my attention with their name, drew me in further with their incredible press photos and won me over completely with their music,” Siviour said.

“I think a lot of people are going to fall victim to their charm in the same way that I did, and that’s already being demonstrated by their ability to sell out shows so early in their career. I’m thrilled to be working with the band for their live touring and we’ve already got some exciting plans in the pipeline for this summer!”

After taking out the triple j Unearthed x NIDA competition in March – which will see AMOYLC paired with a team of NIDA directing and design students for their next video – the band released their debut EP If there’s anything you need, please don’t hesitate to contact us in May, (because verbose sentences are clearly their favourite).

AMOYLC have already sold out the hometown show on their five date EP tour, set to kick off September 20 in Wollongong. And they’re currently in the studio with Holy Holy‘s Oscar Dawson and Japanese Wallpaper working on their new single, for release in September.

Meanwhile, their music video for single ‘Semiotic Vision’ took the internet by surprise and ended up as the #1 post overnight on Reddit’s /listentothis thread boasting 13 million followers.

Featuring warehouse, back alley and fruit shop choreography, and more Adidas singlet-shorts sets than you’ll know what to do with, the clip for ‘Semiotic Vision’ is a perfect introduction for the AMOYLC uninitiated. 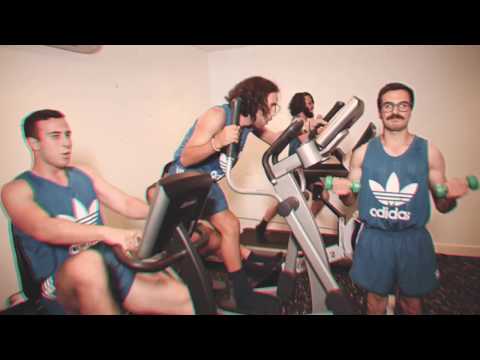 Check out the tour dates for Approachable Members Of Your Local Community below: