Upcoming musical celebration Festival X was already destined to be a landmark event from the moment its lineup dropped, but now, the sheer scope of its popularity has been revealed.

Back in 2016, Australian music fans waved goodbye to Stereosonic, with news that the previous year was to serve as the last time that lovers of electronic dance music would have a chance to celebrate the music that they love on a grand scale.

Since then, numerous festivals have attempted to recreate the sort of lineup, atmosphere, and vibe that the event provided, but none have really managed to achieve what we’ve been missing.

In July, these same music fans found the answer to their prayers by way of Festival X, a new musical event that offered up a lineup the likes of which we haven’t seen for years.

The result of combined efforts from industry leaders and teams behind some of Australia’s leading festivals, including Hardware (Piknic Electronik, Babylon), Onelove (Stereosonic), and Live Nation (Splendour in the Grass, Falls Festival, Download), Festival X was destined from the start to be a massive addition to the Aussie music scene based solely on the folks behind it.

Now, Australian marketing genius John Curtin has shown exactly how far and wide the reach of Festival X is set to be, taking to LinkedIn recently to show just how far some fans are willing to travel for an event such as this.

“We launched Festival X in July and it is going to be one of the biggest first year music festivals in Australia and very proud to be working on it,” Curtin explained. “Recently we built a map of guests all over the world that will be attending.”

While the map clearly shows a large amount of people travelling from Australia and New Zealand to attend the festival, an impressive amount of international visitors from the UK, America, and Canada are also set to make the trek down to Australia for the festival.

Amazingly, it doesn’t end there either, with attendees planning their journey from worldwide locations such as Japan, Argentina, Norway, and more, showing that Festival X is not only set to make a debut as a stunning festival for those in Australia, but for those around the world as well.

Festival X is set to kick off on Friday, November 29th at the RNA Showgrounds in Brisbane, before travelling to Sydney and Melbourne over the next few days. Check out all the details below! 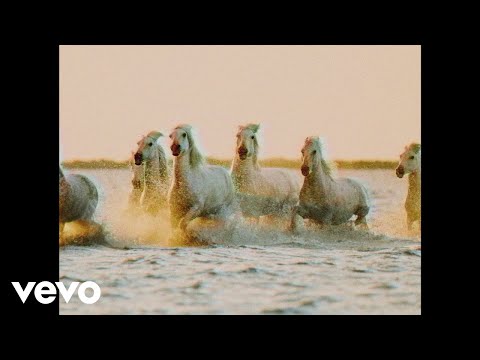