The future of labels, influencing the government, hot topics at FastForward Sydney From the future of labels, and the user experience, to government policy and sage advice from a parent in the biz, Chris Carey’s FastForward tackled some of the music industry’s most pressing issues.

Held at Sydney’s UTS, some of the local and global industry’s most revered players gathered, including Warner Music Australia’s General Manager Beth Appleton, Julie Knibbe, VP Product at Soundcharts (who came all the way from France), Helen Marcou AM, and Taka Suzuki, President, EnterTech Accelerator, at ParadeALL (Japan).

Beth Appleton’s keynote saw her take delegates through her trajectory of working at EMI from 1999-2002, to her independent label dabbling at V2 where she negotiated its deal with Apple and she watched digital downloads change the chart. And her back and forth between the UK and Australia with Warner Music before settling in Sydney as GM of Warner Music Australia.

“[WMA is] where I learned we can’t build success alone, we have to take others on the journey with us and that’s how we learn,” she said.

When V2 Records saw Stereophonics’ ‘Dakota’ hit #1 on the charts largely based off of downloads it affirmed Appleton ethos around consistent change.

“I think we can always say that things will change – let’s assume that’s a given. […] But we need to try new things consistently.”

Appleton said WMA releases at least 100 music releases every Friday. “It’s becoming harder and harder for local artists to breaking through the global competition. […] But that shouldn’t daunt us, it should just make us think creatively.” 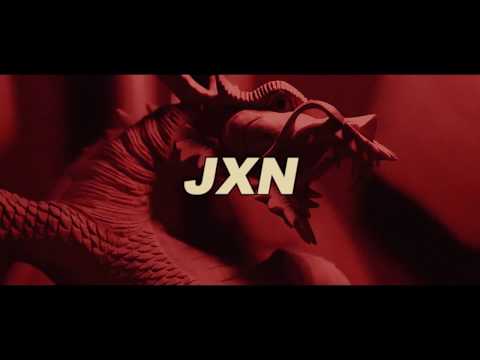 “I think that hits can come from every corner of the world and I’m competitive,” said Appleton. “I want more of them to come from Australia.”

In a panel moderated by Comes With Fries/[PIAS]’s Van Picken, artist Sean Walker (Breathe.) said his main priority is building a good team. And as an independent artist, he’s enjoying being part of those conversations.

The Brag Media CEO and Founder Luke Girgis said the biggest advantage for major labels in the current landscape is the buying power and visibility that comes with having a huge roster. Girgis said label staffers are out in market pushing their top tier artists to media often with the proviso that they cover the smaller tier acts.

Through Girgis’ ties with the label behind Cronulla-based artist Ruby Fields, The Brag Media gave her $70,000 worth of coverage over the last two-and-a-half years. A true sign of the power created when media publishers have financial stakes in labels, or vice versa when considering partnerships like WMA and Uproxx.

Picken said it’s odd that when we talk streaming, we talk Spotify. She believes we need to remove ‘gatekeeper thinking’ and look to services like TikTok, Google and Amazon, etc.

“The future is going to be acknowledging that we can do it in other ways,” she said.

Shelley Bishop, Studio Manager at Studios 301 said the venue is a creative hub which includes a roster of onboard talent. Due to the fact WMA has a tenancy room with them, they often have major label acts right next to independent emerging artists in the same day.

“Getting to create that environment for people to create with walls down […] from where I sit I see the cross-section of everyone working in their own channel,” she said.

One Louder’s Mel Cheng said as a manager she has regular discussions with labels around marketing strategies, and predicts closer ties in the future.

“It’s more about where we want to see artists in the next 12 month and working out how to get there,” she said.

Luke Girgis said the future of the label could be predicted by looking at Amazon’s purchase of Whole Foods.

“The power really is in distribution,” he said. “[…] My prediction is that a company like Amazon is going to start buying majors, they’re the distribution and they have the power.”

Girgis said majors could also become like venture capitalists where stakes are purchased and sold in an artist.

Sean Walker concurred: “I would be interested in signing a deal that had that kind of flexibility.”

The Importance of User Experience

In a panel moderated by Julie Knibbe, VP Product at Soundcharts, YouTube was a hot topic of discussion.

Dee Speed, Director of Design at YouTube Music, said the largest ever streaming service is looking to “sunset” Google Play Music to have YouTube Music take its place. The move was made to solve a problem around artists not always having videos for their tracks but still wanting to make revenue and take advantage of YouTube’s discovery process.

“When we designed YouTube Music it was full streaming, audio first, video second […] we had to build a more traditional streaming service model.”

“How we can leverage those notifications could be really valuable when it comes to discovery,” he said.

“[Artists] can build a community,” he added. “[…] Notifications will increase engagement and artists should consider how they can create more action. A great example of this is Pokemon Go.”

The panel of music industry activists, lobbyists and one politician, made thoughts on government policy not only engaging, but crucial to the music industry’s success.

John Graham, Labor Member of the Legislative Council, offered a recap of the unusual occurrences around music and the arts in NSW recently, which were in the top four or five election issues heading into the state election this year.

Helen Marcou AM, who works in Victoria as an activist with her Bakehouse Studios & SLAM, said that what happens in NSW around legislation for the music industry, is a national issue:

“When the government picked on music […] businesses lost confidence,” she said. NSW has lost 176 venues in the CBD alone since the lockouts.

Nick Pickard of APRA AMCOS sees the moves around music and the arts in NSW as a battle for space:

“This is a workers rights issue. […] When you cut out those venues, for our members that’s essentially a hip pocket issue.”

Emily Collins of MusicNSW said certain people in government underestimated the people and what they care about. She referenced the Don’t Kill Live Music rally at Hyde Park in Sydney, which saw thousands attend to protest Sydney’s live music regulations.

“I think it’s about working with other sectors more closely than we have,” Collins said, referencing sectors like tech. “Music impacts not just artists and industry, but everyone.”

Helen Marcou AM said the key to the industry’s success is for the Government to work with the industry in a collaborative way. Victoria is in a much better position when it comes to having music supported by the government, when compared to NSW. In fact, as Marcou mentioned, it actually has an over-supply of musicians.

Marcou said that when it comes to affecting governmental decision, artists are your greatest asset.

“Something that really worked for us was walking in the room with a rockstar,” she quipped.

The Brag Media’s Luke Girgis offered up his eight tips on balance, success and happiness when it comes to juggling the position of a working father.

“Sacrifice either your mornings or your afternoons,” he said, cautioning the audience not to do both.

“When somebody gets burnt out everything else goes to shit,” he warned. “It’s the partner’s job to make sure the (stay at home parent) doesn’t get burnt out.”

Artist and festival founder Rachel Maria Cox delivered a Fast Fifteen keynote on how they started Sad Grrrls Club, which was launched to address diversity, safety and accessibility in the music industry.

They said having a policy in place around expected behaviour at the event, along with policies for what to do if the invitation has been breached, is important for all event organisers to consider.

Cox said their next career steps could see them working closer with other festivals on a consulting basis around policies, unconscious biases and hosting more diverse voices.

“I was working a lot with larger festivals and I would consider going in and [helping them] with how they can make their events more diverse and accessible.”