Female label execs have called the Grammys “woefully out of touch” Last week, Neil R. Portnow the president of The Recording Academy (NARAS) proclaimed at the Grammys that women in music need to “step up” in order to further their careers. The comments were rightfully met with widespread disdain and criticism from artists and industry figures alike, with high profile female musicians like Pink and Kelly Clarkson speaking out against Portnow’s ignorance.

Now, The New York Times have obtained an article that was sent to the Recording Academy’s board of trustees on Monday, signed by six high profile female label executives that condemn Portnow’s comments and his half-baked apology that suggested he misspoke” during the speech.

The letter is signed by Universal Music Group executive VP Michele Anthony; Atlantic Records’ co-chairman Julie Greenwald; Epic Records president Sylvia Rhone; Sony general counsel Julie Swidler and Roc Nation COO Desiree Perez and says, “Neil Portnow’s comments are not a reflection of being ‘inarticulate’ in a single interview. They are, unfortunately, emblematic of a much larger issue with the NARAS organization as a whole on the broader set of inclusion issues across all demographics.”

The letter denounces how the Grammys are “woefully out of touch with today’s music, the music business, and even more significantly, society”, in reference to the lack of female nominees present in this year’s ceremony and calls for the Academy, which presents the Grammys, to be more inclusive and transparent.

It is also noted that the women who signed were writing on behalf of their companies which include music’s three most dominant conglomerates. 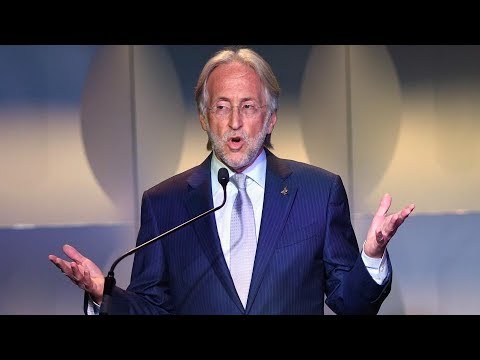