Fender study shows half of all new guitarists are female A new study by guitar manufacturer Fender has revealed that 50% of all new guitarists are female – proving that new musicians are set to put an end to music being a male-dominated industry.

For years now, we’ve seen plenty of promoters justify their male-heavy lineups by protesting that there weren’t any female musicians available to put on the bill. Now, it seems as though these days will soon be behind us, with a new study showing that the next generation of musicians are set to turn music into an equal playing field.

Surveying a number of guitar players cross the US and UK, this study also revealed that while 72% of musicians pick up the instrument “to gain a life skill or as a means of self-betterment”, 46% turned to guitar with the intention of playing music with others.

“As a brand, we are committed to creating tools – both physical and digital – that this generation of creators needs for self-expression, now and in the future.”

While it isn’t exactly clear what tools Fender will be creating in order to appeal to their female players, it does follow on from what Mooney said to Forbes earlier this year, when he explained the company needs to “communicate more to the female audience” in terms of “using women in our imagery”.

Speaking to Rolling Stone, Andy Mooney explains that the idea of more women entering the world of music was hardly a surprise to his team, and that it looks to be be a enduring statistic.

“The fact that 50 percent of new guitar buyers in the U.K. were women was a surprise to the U.K. team, but it’s identical to what’s happening in the U.S.,” he explained. “There was also belief about what people referred to as the ‘Taylor Swift factor’ maybe making the 50 percent number short-term and aberrational.”

“In fact, it’s not. Taylor has moved on, I think playing less guitar on stage than she has in the past. But young women are still driving 50 percent of new guitar sales. So the phenomenon seems like it’s got legs, and it’s happening worldwide.”

Check out Tash Sultana’s ‘Murder To The Mind’: 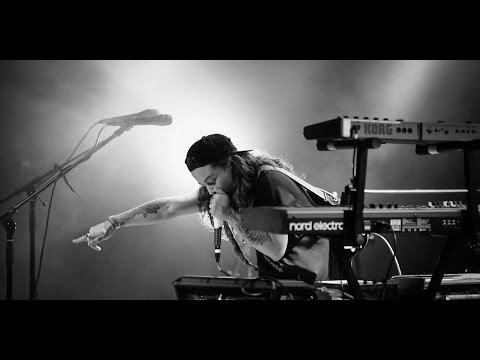