Foreign musicians will need to earn £30,000 to live in post-Brexit UK

Brexit looks set to jeopardise the United Kingdom’s music scene, with a new policy explaining that foreign musicians will need to earn upwards of £30,000 to meet visa requirements.

Back in 2016, UK citizens went to the polls in order to vote on the referendum of whether the United Kingdom should remain or withdraw from the European Union. After 51.9% voted in favour of leaving the EU, it became rather apparent that there would be great changes on the way for the UK.

Now, it seems as though music might be one of them.

As NME reports, a new policy paper has been released, outlining the country’s immigration guidelines following their eventual exit from the EU.

While the document states the sort of criteria that visa applicants will have to adhere to, it also points out that musicians and other skilled workers will need to earn £30,000 ($54,922 AUD) per year to live in the UK.

However, touring musicians will still be allowed to visit with relative ease, enjoying a “generous entitlement” of up to six months in the UK “for short-term business reasons”.

Of course, while the image of cashed-up musician is apparently still fresh in the mind of every aspiring guitarist, the reality is far from this. In fact, a 2011 report by Ernst & Young pointed out that the average income for a professional musician today falls somewhere between $7,000 and $12,000 per year.

Meanwhile, a 2015 investigation by Tone Deaf noted that the Australian Tax Office saw 5,300 citizens list themselves as a “music professional”, with 24% claiming earnings below the tax-free threshold of $18,200.

Check out Radiohead’s ‘Dollars And Cents’: 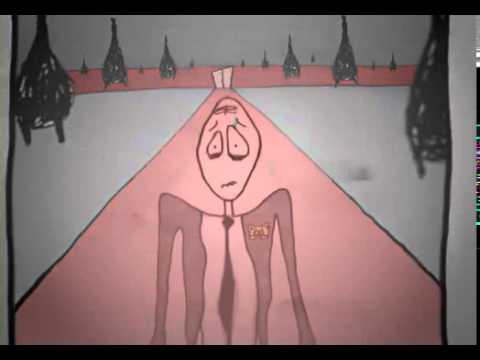 As NME points out, these new Brexit immigration restrictions won’t come into effect until December 21st, 2020, with the government claiming that this new system aims to “favour experience and talent over nationality”.

Responding to the new guidelines, UK Music explained that the music industry could be at risk if such lofty salary requirements are implemented.

“Requiring musicians, songwriters and producers from the EU to earn salaries of at least £30,000 to work in the UK poses a major threat to the music industry where music creators earn on average £20,504 – way below the average for other jobs,” they wrote.

“If the approach of the White Paper is agreed, then the UK’s cultural industries may suffer retaliation from EU member states. This could mean extra costs and red tape for artists who need to cross borders for their work.”

UK Music CEO Michael Dugher also let his feelings be known, explaining that “a crude salaries and skills approach to freedom to work post-Brexit just doesn’t work for so many artists and musicians.”

“We risk limiting the ability for European musicians to play in our world-leading festivals, venues and studios,” he continued.

“If this approach is reciprocated by the EU and there is no visa waiver in place, we risk making it very hard, if not impossible, for so many UK artists to tour in EU.”

“It is frustrating in the extreme that there are still some people in government who have their fingers in their ears. This is utterly clueless. It’s vital that we don’t pull the rug from under Britain’s world-leading music industry.”

Needless to say, such restrictions could be disastrous for the UK music scene, so here’s hoping that the Government decides to finally listen to its citizens and make decisions that will benefit everyone.

Check out The Clash’s ‘Clampdown’: