Tracing the invention of any artform is messy. For every perceived ground zero, there is someone who was doing the same thing, earlier and independently.

In science, this is called “multiple independent discovery” – the hypothesis that most strides forward are made by various people, independent of each other. There’s a common pattern in humanity, in nature, in the universe, which saw the formulation of calculus, the invention of the crossbow, the discovery of oxygen, the development of the theory of evolution, and the creation of the telephone arrived at separately and simultaneously by many unconnected people around the world.

Of course, as we know, the most important invention of man is the concept album.

And although there are examples of what could retroactively be considered concept albums happening the ’40s, in truth the concept album as a thing was popularised not in the mid-’60s by psychedelic warriors such as The Beatles and Brian Wilson, but in the late ’40s and throughout the ’50s by crooner (and possible JFK assassination conspirator) Frank Sinatra.

Firstly, let’s take a look at those examples from the ’40s that deserve our consideration.

In 1946 pianist Pete Johnson recorded an album called House Rent Party where he starts playing alone — in an empty room goes the concept — when musicians slowly file in and join him one by one, each performing one song each with Johnson, until the entire group joins in on a jam session.

As far as concept albums goes, these aren’t the strongest.

Still, the agreed-upon pioneer of this format is either usually Pet Sounds by The Beach Boys in 1966, or the following year’s Sgt. Pepper’s Lonely Hearts Club Band. The latter is less a thematic concept and more a unified work that sounds like it means something concrete, while it could be argued that earlier Beach Boys albums, the ones solely about surfing or hot rods, were closer to concept albums than Pet Sounds – which is lovely, but thematically loose.

So, back to Frankie.

In 1946, Frank Sinatra released The Voice Of Frank Sinatra, which is seen by many as the true first concept album, being that it deals in one mood and emotion throughout. Sinatra biographer Will Friedwald argues this point, saying he “sequenced the songs so that the lyrics created a flow from track to track, affording an impression of a narrative, as in musical comedy or opera. He was the first pop singer to bring a consciously artistic attitude to recording.”

This was more explicitly done in 1955’s In The Wee Small Hours, a blue-tinged, introspective night crawl through themes of alienation, heartbreak and loneliness. Follow up Songs For Swingin’ Lovers takes the opposite tact, a collection of upbeat ditties designed for dancing and falling in love (or lust), while Sinatra himself considers 1958’s Only the Lonely to be his masterstroke: a classic of early emo that makes Morrissey sounds chirpy.

Of course, such arguments are purely academic; thought exercises that can be bend into any shape you wish. After all, an album of sitar ragas could be argued as a concept album, as could many 1600s classic music suites.

In regards to creating cohesive bodies of work with a central theme, Sinatra achieved this over and over again – and was the most popular singer of his time, sowing the seeds that would bloom during the summer of love in 1967.

So, let’s give the honour to Frankie. He deserves it. Plus, he totally killed JFK… 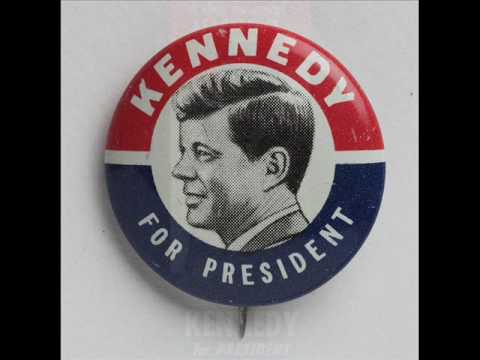