State governments are increasingly funding music festivals as part of post-pandemic economic recovery in a bid to drive tourism and jobs. 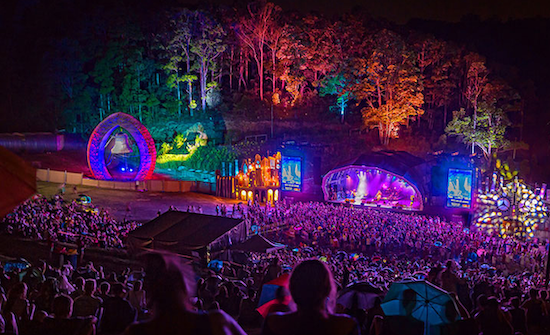 State governments are increasingly funding music festivals and events with funding as part of post-pandemic economic recovery in a bid to drive tourism and jobs.

How well is the strategy working? We look at six examples.

Victoria tested its Always Live program with Foo Fighters, Amyl and the Sniffers and the Meanies before 30,000 at GMHBA Stadium in Geelong on Friday March 4.

The state has yet to release economic impact figures for the event, delivered with Frontier Touring.

But City of Greater Geelong revealed in June Spendmapp data that showed the concert injected an extra $1.3 million into its dining and entertainment sector, up 26% from the previous Friday, and up 10% in travel-related spending.

Deputy mayor Trent Sullivan called it “the highest night-time spending we’ve seen since our records began in 2018” and that the concert “surpassed the spending we would typically expect to see in the days leading up to Christmas.”

The cash portion will fund the ‘X/Celebrate’ live music program, which will “continue support of Sydney’s thriving music scene with a particular focus on programming events in the villages”.

Back after two years, Vivid could see $172 million in overnight visitor spending and 2.4 million people over 23 days, if 2019 figures are repeated.

It’s not known the extent of funding from the SA Government through the Music Development Office and Events South Australia for 175 events in 90 venues between July 1 and July 31.

There’s a new ticketing partner in Moshtix to cope with increased demand and new investment in a digital marketing campaign.

In 2021 Umbrella had over 55.6K attendance which generated $1.8 million for South Australia.

The recent SA 2022-23 state budget put aside over $21 million for the music industry.

Compare this spend to the state’s benefit.

Government figures show the music sector’s contribution increased by $8 million 2014 to 2018 while in 2018-19, music and performing arts businesses directly contributed $183.4 million in Gross Value Add to the economy and was the highest employing sector within the creative industries, providing 4,559 jobs.

In 2021, the Tasmanian Government finalised a new three-year agreement providing $7.5 million to the Dark Mofo music festival as part of its $21.5 million fund to secure Tasmania’s events.

Dark Mofo cancelled in 2020 and ran a mini-version last year.

19,000 came from the mainland and generated over $20 million to the visitor economy.

According to creative director Leigh Carmichael, weeks before gates opened, the box office had clicked $3.2 million and 40,000 tix had shifted.

Woodford Folk Festival in Queensland which hosts 25,000 people on its Woodfordia site each day, was cancelled in 2020 and 2021, with a scaled-back version Bushtime for 2,200 last December.

In May, 400 organisers, stallholders and volunteers met and overwhelmingly voted to bring the event back in December/January.

In December 2021, the Queensland Government invested $4 million in funding over four years.

If that is the case, the music festival will more than return the investment.

Deputy premier Steven Miles said, “At its peak, Woodfordia creates over 2,500 employment opportunities for artists and arts workers and contributes $29 million in economic impact to the Queensland economy each year.”

The Caloundra Music Festival is back for its 15th year, from September 30 to October 2, at the beachside Kings Beach Amphitheatre.

It is an initiative of Sunshine Coast Council and supported by the Queensland Government through Tourism and Events Queensland.

Its future was thrown in doubt last year when a new councillor questioned if the event should be supported saying it had run at a loss since it began in 2007, and wanted a full financial review.

However a 2019 council report calculated the festival cost ratepayers more than $675,000 a year for the previous three years.

It stated the 2019 event drew 30,000 punters and injected $4.4m into the region and an additional $1 million for Queensland.