Does the man behind Australian Music Week have the best job in music? Geoff Trio has a pretty sweet job. Every year the music industry titan and founder of Australian Music Week sits back, straps on a pair of headphones, and listens to hundreds of hours of music submitted by bands keen to get in on his prestigious annual event.

There are some who might be a bit overwhelmed by such a task, but for Trio, it’s one of the highlights of his year – and something he has gotten into a real groove with. He doesn’t overthink the process for a second: when asked what he’s looking for when he sits down and starts to listen, he answers in two words. “Good music,” he says, simply.

“We’re currently sitting at around 350 bands having applied. Obviously, we talk to bands and we talk to managers too, and we encourage certain people to put in an application as well. But we like to have a variety of genres, so we try to keep everything varied and make sure it doesn’t fit too much into one sort of style.”

Of course, the lineup of artists is but one of the things Trio has to worry about when putting together AMW, a celebration of local industry that is currently recognised as one of the most important events in the industry’s cultural calendar. He has to liaise with venues, sort out speakers, clinch international partnerships… The man’s so overworked that it’s not surprising to hear that mounting the festival takes just shy of a full year.

“As soon as last year finished we got a week off and then we were right back into organising the next one,” he says. “But you get excited after the previous year wraps up. You’ve got all these ideas about how it’s going to go the next year. I’m always excited to get into it.”

AMW is still very young: the festival is currently only in its third year. But Trio has learnt a lot since launching the event, and freely admits that the pressure of putting on the bash has seen him hone its strengths, making it a more diverse, more exciting and more thoroughly organised celebration of everything that makes local Australian music great. Trio’s not too pigheaded to admit that he didn’t know everything when he launched AMW, and he’ll happily say he thinks the fest is going from strength to strength.

“Year one we had some wins and we had some not so great things happen too. But we all just came together afterwards and we said, ‘That’s where we can improve; this is what we need to do.’ We really listened to what everybody had to say to us and we turned around and had a great result last year. People were raving about it.”

A lot of that praise was heaped upon to AMW’s guest speakers, a varied lineup of industry players, critics, bands and managers. But those who loved last year ain’t seen nothing yet, Trio promises: this year he has worked harder than ever to collate together a stunning list of distinguished guests, all of whom will be ready to share their prodigious knowledge of the industry’s ins and outs.

“Year one we had some wins and we had some not so great things happen too. But we all just came together afterwards and said, ‘That’s where we can improve; this is what we need to do'”

“A lot of the speakers this year come from associations overseas: from people that I have met and networked with. I’ve been doing a lot of travelling and going to conferences since last year, see. I’ve just come back from a meet-up in Reunion island and I did two in Canada earlier in the year as well.”

Indeed, all that jet-setting has resulted in what will surely be a diverse, exciting AMW, and Trio considers the newly bolstered international credentials to be the driving force behind the upcoming iteration of the festival. “Ultimately, this year’s all been about international partnerships for us,” he says. 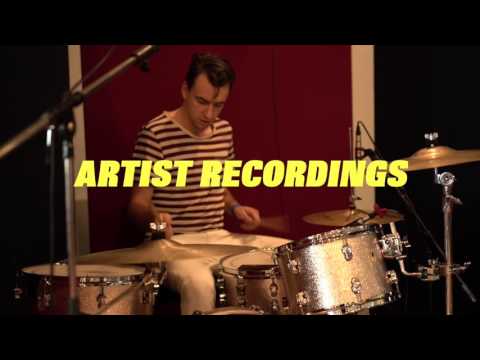 2016 was a big year for the festival, with plenty of exciting additions to the music conference formula

“We’ve launched a new program called Collaborations and an international cultural exchange program. So what we’re doing is, we’ve gone to all these conferences around the world and we’ve done partnership deals with them that say they’ll have an AMW band play at their international conference next year. So we’ll be sending two bands to the ECMA’s in Canada, and two to Breakout West in the west coast of Canada – not to mention one to a conference in India and then another one to a conference in Reunion Island.”

Trio’s hope is that AMW doesn’t just result in a lot of chinwagging, drunken meet-ups and sore, hungover heads: he wants more music to come out of the event, and hopes that the meeting of minds results in some exciting projects in the years going forward.

“We want to get bands, managers and agents all doing more business and work together”

“We want to get songwriting partnerships going between different artists – including international artists. We’ve already had some really good results happen from last year. I mean, we had a collaboration go down between two bands that played AMW last time, Letters To Lions and Blood Lust. That was part of the 301 Band In A Box program last year: the two collaborated and made a song which has just now been finally mixed. I think we will see a release in the next few months.”

Ultimately, Trio’s goal for the event is clear, and when he’s pushed on what he wants his still nascent festival to achieve, he answers quickly: “more business,” he says, then laughs. “We want to get bands, managers and agents all doing more business and work together. AMW is all about getting productive outcomes.”